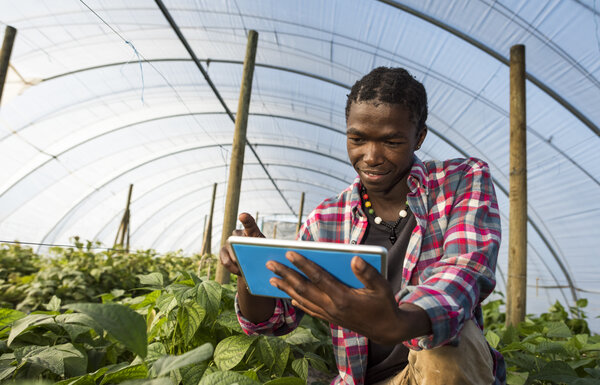 While technological change is badly needed to move industries away from reliance on fossil fuels, the focus on technological advancement underlies two issues. The idea that technology, not substantial structural change, is what will solve the climate crisis is misguided.

The resources needed for such technological changes depend on the same extraction and exploitation practices that have ravaged the southern hemisphere for nearly four centuries. At the center of this exploitation will be the African continent which is experiencing increased competition from foreign powers for access to the mineral resources that would be needed to make the green industrial revolution a reality.

The exploitation of African resources has been an integral part of this, especially after the colonization of the continent in 1885 by European powers. Africa has 40% of the world’s gold deposits, 90% of the known reserves of chromium and platinum and the largest reserves of cobalt, diamonds and uranium.

Whether it’s a large part of the electronics you use that rely on tantalum, 71% of which comes from Africa, or 58% of the cobalt for your batteries, it’s more than likely that the resources and minerals essentials necessary for modern life to function in an industrialized society were sourced and extracted from somewhere on the African continent. This trend of sourcing resources for technology development is not expected to change in the future.

At COP26, there was little discussion on how unequal value chains in the developing world should be addressed in the context of the climate crisis. The advent of a Western-led green industrial revolution is likely to continue and even intensify this pattern of extraction and dependence on African land and resources to achieve it. With increased investment in green technologies, this has been accompanied by increased interest in extracting raw materials to build the green industries of the future.

The need for more efficient solar panels and batteries will almost certainly come from African minerals and resources. This has been accompanied by an increase in land grabbing by foreign entities. Over 60% of all uncultivated arable land is on the continent, with investors spending over $100 million on over 40 hectares of land.

Competition with the West and other wealthy countries seeking to ensure their development, such as China and Brazil, are at the origin of this important trend. Many analysts say this will spur economic development across the African continent and that many parts of Africa are on the cusp of their own industrial revolutions. According to a report by global management and consultancy firm McKinsey & Company, Africa has the opportunity to leapfrog from previous industrial revolutions to the fourth industrial revolution.

However, there is little evidence to suggest that increasing demand for African resources will stimulate such changes. In fact, it is very possible that the search for natural resources will fuel greater exploitation across the continent. Currently, in some countries, such as the DRC, child labor already represents part of the resources extracted for today’s technology.

Over 72 million children in Africa are involved in child labor, of which 31.5 million are currently trapped in hazardous working conditions. Your laptop or mobile phone contains cobalt and tantalum likely sourced from mined areas of the DRC, with most companies and manufacturing companies refusing to monitor the origin of the minerals.

The reality is that for Western countries to obtain the resources needed to steer their industries towards environmentally friendly production, they will need to obtain these resources at lower cost from exploited labor in the Global South.

This detachment from the urgency of the action needed to meet the challenges of the climate crisis is partly due to the desire to preserve large-scale consumption that characterizes capitalism into the future.

However, this green industrial revolution lacks the revolutionary characteristics of its namesake and represents more of the same patterns of development in the western world. Even more concerning is that, much like the first industrial revolution, Africa is set to play a key role in turning this “revolution” into reality for the West.