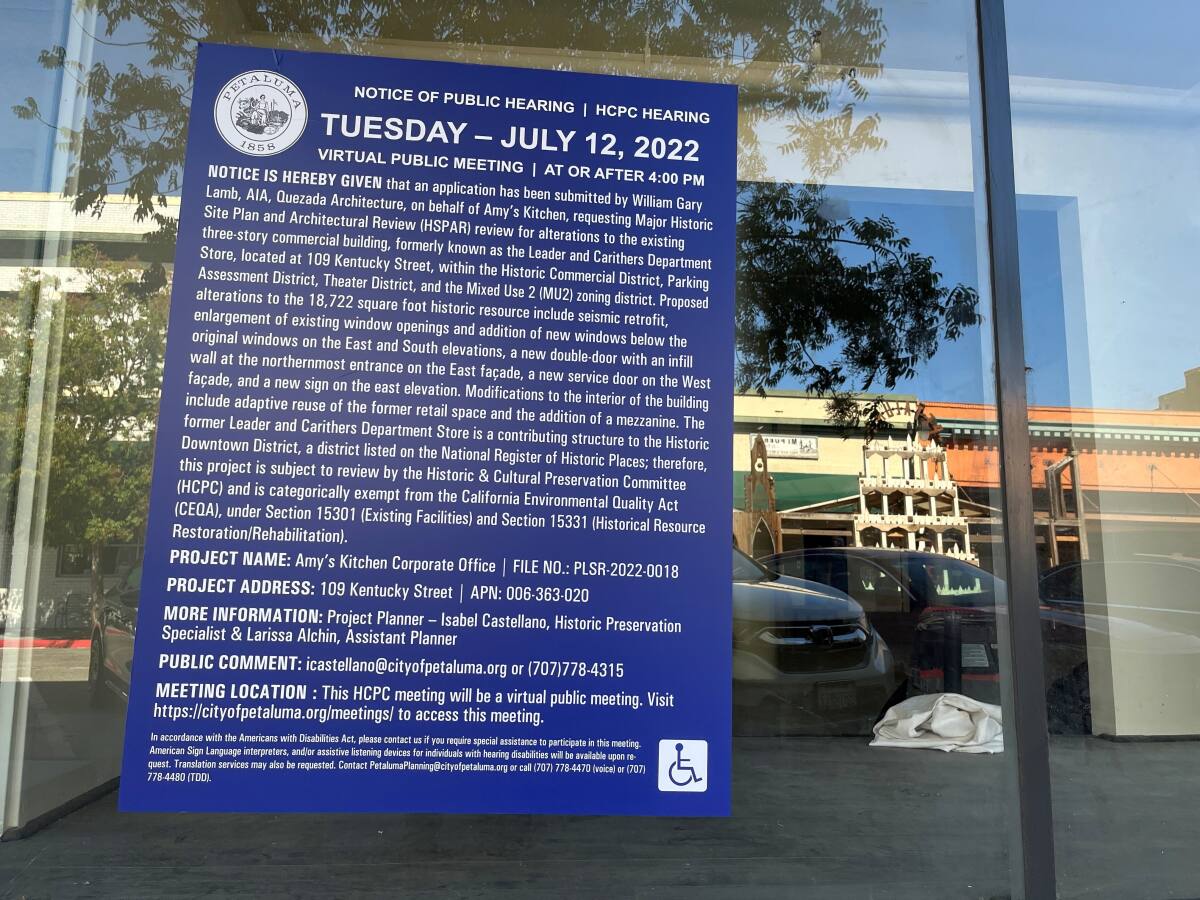 Petaluma’s Historic and Cultural Preservation Committee is set to review plans to make alterations to a vacant downtown building that is set to become the new headquarters of organic food vendor Amy’s Kitchen.

The changes require building upgrades at 109 Kentucky St., including renovating the space, expanding existing windows, adding new windows and doors. and new Amy’s Kitchen logo signage on the east elevation, according to a staff report.

The plans are due to be presented to the preservation committee at 4 p.m. Tuesday in a Zoom meeting.

The building is part of the Historic Commercial District and was designed to highlight a “streamlining effect” with rounded corners, unique window placement and other distinguishing features.

Changes are also proposed for the interior of the building, including the addition of a mezzanine space that would expand the building from 18,722 square feet to approximately 20,000 square feet. But only the exterior changes will be considered by committee members on Tuesday.

Amy’s officials submitted an initial application in January to move into the building, which has been vacant for about five years. It previously housed the long-running department store Carithers, which opened in the late 1940s, before becoming Diapers Etc., which opened in 1986.

Those wishing to observe or participate in the meeting can go here.

The Framingham Community Preservation Committee is now accepting applications for…