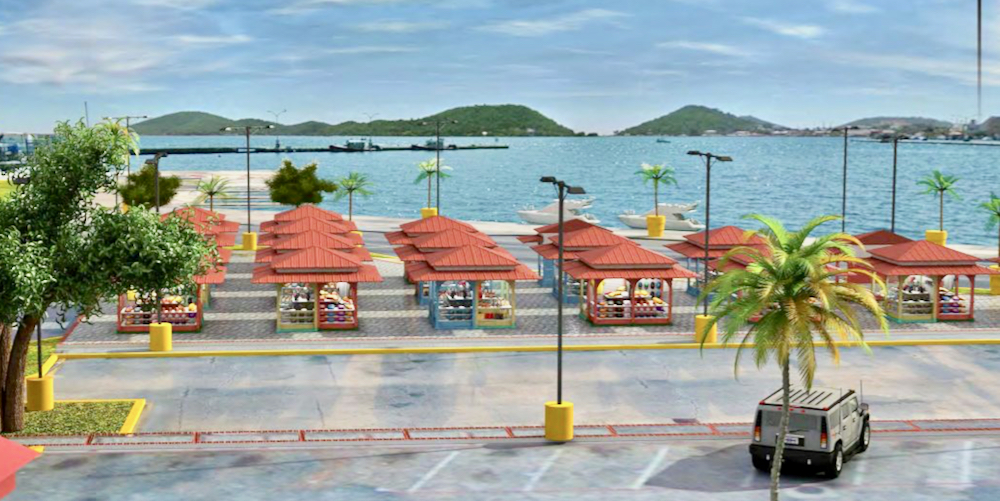 Saint-Thomas-St. Members of the John Historic Preservation Committee on Tuesday gave the green light to the design of new kiosks in Vendors’ Plaza, a space that was historically dotted with tents and tables for merchandise.

The application, submitted by the Department of Licensing and Consumer Affairs, includes renderings of Alexander Plastics Inc., doing business as Creations Global Retail, for stand-alone kiosks that incorporate aspects of the historic downtown architecture. town, such as eaves and arches, while also offering more practical features, such as storage spaces. The kiosks will be on casters so they can be easily moved and taken down, according to presenters.

While the final decision depended on the company revising the kiosk color scheme to match the committee approved palette, members said they were overall “blown away” by the attention paid to the kiosk. to the details of Creations Global, which has been incorporated through work with historian VI and culture carrier Felipe Ayala.

No timeline has been given for construction and installation, but in meetings with vendors over the past month, DLCA Commissioner Richard Evangelista said kiosks are expected to arrive within four to six. next months. Meanwhile, Vendor Square reopened on November 1 after being closed for more than a year due to the global COVID-19 pandemic, with a range of social and health distancing protocols in place, including the reduction in the number of vendors from 54 to 17 to leave more space.

With one authorized seller per square, the spots are in rotation, with mandatory masks and handwashing stations installed. A lottery will be held to determine where each vendor will be in the rotation, Evangelista said. The tents will remain until the kiosks are set up.

On Tuesday, Evangelista also addressed issues that weren’t necessary for the design app but were of concern to the community, such as subletting vendor locations. By law, sellers pay $ 200 for the spot and $ 65 for a license, but Evangelista said he received reports that they were re-let for more than $ 1,200 per month. The commissioner said he planned to assign someone from the DLCA to regularly monitor compliance. In addition, he said there had also been reports of vendor vans occupying parking spaces near the plaza for long periods of time.

All non-functional or abandoned vehicles have been removed and vendors will be advised to park elsewhere, such as the Fort Christian parking lot.

St. John’s Utility Landfill Project
Over the summer, work at Cruz Bay as part of a phased initiative to bury the Saint John power grid was halted after human bones have been observed in a trench that was dug at the western end of the historic district. Historic preservation gave the VI Water and Power Authority permission to begin work, including, according to committee members, the potential to find artifacts or remains, as the work would essentially divide a larger burial space and full. An archaeologist remained on site for the duration of the project, which was ultimately arrested while authorities determined the best course of action.

Speaking to the source on Tuesday, Kurt Marsh Jr., a member of the Historic Preservation Committee, explained that discussions with Public Works about a potential space at the site for the re-internment of the remains were progressing.

â€œWhat has been helpful during this process is the level of continuous communication between all entities,â€ Marsh said, adding that as the project progresses, it is expected that even more Historic artifacts are found along the waterfront, offering more potential for “sourcing” or time stamping materials.