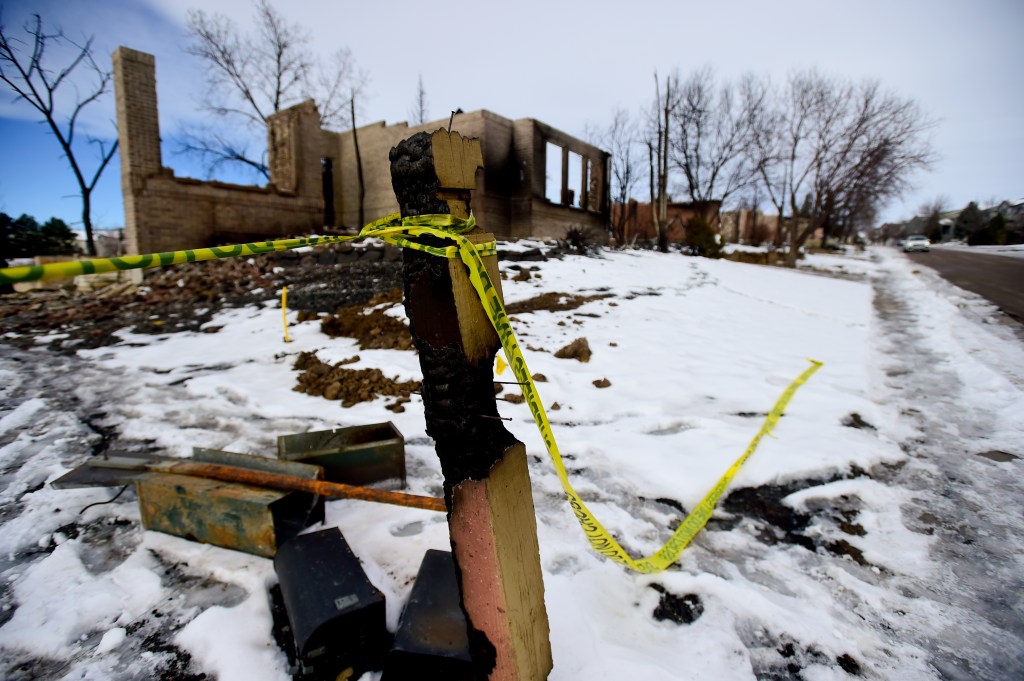 Boulder County officials hosted a virtual update Thursday evening to answer questions from residents affected by the Marshall fire and discuss how they and other agencies are helping displaced residents while reviewing what the reconstruction of the more than 1,000 destroyed houses will involve.

â€œThere are ways to incorporate some of our local builders who have contacted us and want to help and want to be there,â€ said Dale Case, director of the Boulder County Land Use Department.

Authorities have released an updated list of affected residential and commercial properties as well as a searchable map of properties within the perimeter of the fire.

About 1,100 people attended the Boulder County virtual meeting on Thursday, according to county officials.

Residents whose homes are affected by the fire will only receive a 2021 property value notice from the Boulder County Assessor’s Office, Boulder County Administrator Jana Petersen said.

This year, the assessments will be more precise to include property damage.

â€œFor the 2022 taxes, you will receive a notice on May 1 from the appraiser’s office, and all properties will be at the residential rate, which is a lower rate,â€ Petersen said.

Rob Anderson, Boulder Valley School District Superintendent, spoke at the meeting about the resources the district offers families and students. He said students affected by the fire didn’t have to worry about grades or attendance just yet.

“Our first priority will be the health and well-being (of the students),” he said.

Responding to residents’ questions about the lack of emergency warnings before the Marshall fire, Mike Chard, office manager of the Boulder Office of Emergency Management, said he was unsure why the residents, who were registered for notifications, had not received alerts from the emergency notification system or heard outdoor sirens.

Chard said the OEM is holding a debriefing with first responders to ask them where they were in relation to the fire and how long it took to issue emergency alerts.

Boulder County has also made an effort to obtain wireless emergency alerts, which are automatically sent to the cell phones of people in a certain location area.

â€œWe have been working to get that capacity in the county,â€ he said. â€œWe didn’t ignore it; this is just the timing of this fire, but we are heading towards it and have for some time (and have) made improvements to our system over the past 18 months.

During the meeting, several people asked about the security risks associated with returning to homes or areas affected by the Marshall fire.

Recently, Boulder County Public Health urged residents not to disturb the ash or sift the debris from the Marshall fire due to the small amounts of carcinogenic chemicals in the materials.

Darla Arians, a division chief at Boulder County Resource Conservation, said the county was working with the state, FEMA and affected municipalities to organize a debris removal effort.

She said the county will lead the effort in three phases: removing spoiled food and water damaged items from properties, which is complete; the removal of fallen trees and vehicles blocking public roads, which will begin next week; and finally, cleaning up debris.

â€œWe expect this program to kick off in about four weeks after going through all FEMA approval channels,â€ Arians said.

Residents do not have to participate in the county-led cleanup and can do the work themselves, she added. To do this, people have to acquire permits and carry out inspections.

Erin Dodge, water quality coordinator at BCPH, said children should not play outside near the scene of the Marshall fire, especially if they are in an area heavily covered with ash.

“We are working on getting air quality monitoring in urban areas,” she said. â€œPlus, when the contractors start the cleanup, they will be subject to very strict guidelines to prevent the migration of this debris and ash. “

Amy Bach, of United Policeholders, said she is recommending residents whose homes have been damaged or destroyed to start journaling or noting what has been lost.

â€œLegally, they must give you one-third of the benefits of your content without requiring you to take inventory under a law that we, with the help of Boulder County, helped pass after the Four fire. Mile.”

Those affected by the Marshall Fire can visit the Disaster Assistance Center, which is open daily from 9 a.m. to 7 p.m. at 1755 South Public Road in Lafayette. The center can help with insurance claims, financial aid, mental health supports and more.

The Marshall Fire, which began Dec. 30 and burned more than 6,000 acres before being deemed contained on Monday, is already by far the most destructive wildfire in Colorado history in terms of damage materials.

Two people have been reported missing, but authorities have already found human remains at one of the search sites, although the body has yet to be officially identified.

The cause of the fire is also under investigation.