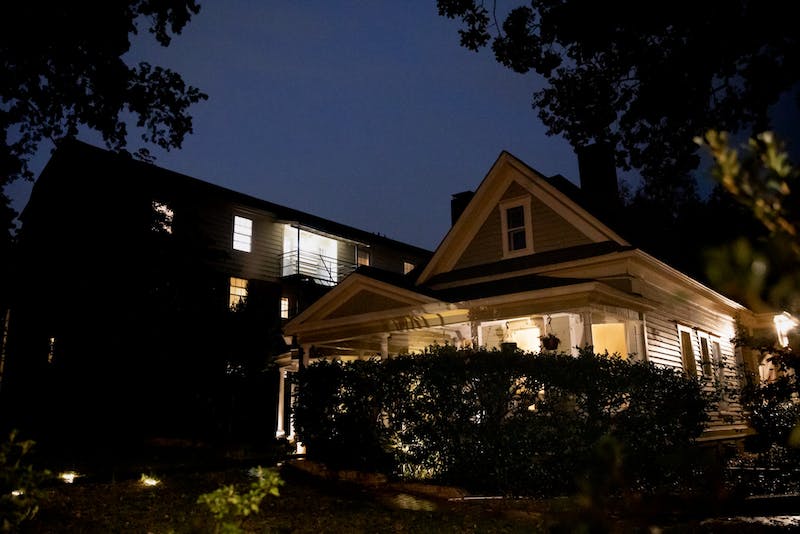 Let me start by saying that I love the story.

I wouldn’t write a history column if I didn’t. Not only can learning about our past reveal clues for solving future problems, but reading old newspapers, records, and stories is just plain fun.

Likewise, as an urban studies student, I understand the importance of the built environment. Each individual thing we introduce into our cities and towns – each tree, each light, each piece of sidewalk – has special significance. Things may seem minor, but not necessarily frivolous.

That being said, I believe the way we have sought to preserve parts of Chapel Hill in amber for generations has had – and will continue to have – devastating consequences for our common home.

All are located on or near Franklin Street. If you ever walk through these neighborhoods, you will quickly understand why they have been preserved. The houses inside are pleasing to the eye and have a lot of character.

This character is absolutely not the product of an organic process; the city government released a nearly 180-page document detailing standards for the maintenance and appearance of structures in these neighborhoods. Restrictions include paint colors, foundation maintenance, deck construction, and a host of other items deemed important to maintaining the neighborhood’s aesthetic.

Now, as Chapel Hill has grown in population – by around 4,500 people since 2010 alone – more places have been needed to house people. Developers and admins attempt to do this in a variety of ways.

The first is one many of us are familiar with: the mixed-use developments that line the western half of Franklin Street, like Carolina Square. The second is made up of large apartment buildings like Union and The Lark. The third is low-density single-family housing, which becomes more common the further you get from the city’s main thoroughfares.

Which brings us back to historic neighborhoods. As I said earlier, these areas surround the central core of Chapel Hill, including Franklin Street and the UNC campus. As pretty as these buildings are, their continued existence has led to some uncomfortable issues.

They offer a complicated challenge to the city’s affordable housing problem; if housing cannot be built in these neighborhoods, where can it be built?

Lately, the answer seems to be communities like Northside, a predominantly African-American community located just north of Rosemary Street. According to the Marian Cheek Jackson Center, an area advocacy group, the number of investor-owned rental properties has exploded in Northside in recent decades.

This gentrification and the construction of other housing developments show that there is a demand for housing that is not satisfied. Meanwhile, the preservation of large swaths of land in central Chapel Hill could deepen this crisis. According to New York’s Real Estate Board – where more than a quarter of all buildings are preserved – the area’s overzealous preservationism “can make it much harder to create new housing, especially affordable housing.”

What we need in many places in Chapel Hill – regardless of the designation of a particular neighborhood as “historic” – is commonly referred to as “missing middle” housing. It’s the type of residential space that falls between the goliathan student housing projects we’ve seen so far and the low-density single-family homes that make up a significant portion of Chapel Hill’s housing stock. This “missing middle” can take many forms, including townhouses, duplexes and triplexes, and low-rise apartment buildings.

And if the physical “character” of these neighborhoods is the concern of their inhabitants, then they can rest assured that denser housing need not be a shocking departure from the surrounding environment. Take the Graham Court Condominiums in the historic Cameron-McCauley district, for example. Built in 1928, the two 3.5-story buildings fit in well with neighboring homes, while still allowing more residents to fit on a small lot than, say, a single-family home.

While keeping a standard as complex as historic Chapel Hill would make new developments unappealing to developers, maintaining some sort of forms-based code while allowing denser development could open the door to housing. more affordable. By relaxing some of our city’s zoning regulations and historic preservation restrictions, we can find a happy medium between gigantic apartment complexes and small single-family homes.

To get the day’s news and headlines delivered to your inbox every morning, sign up for our email newsletters.