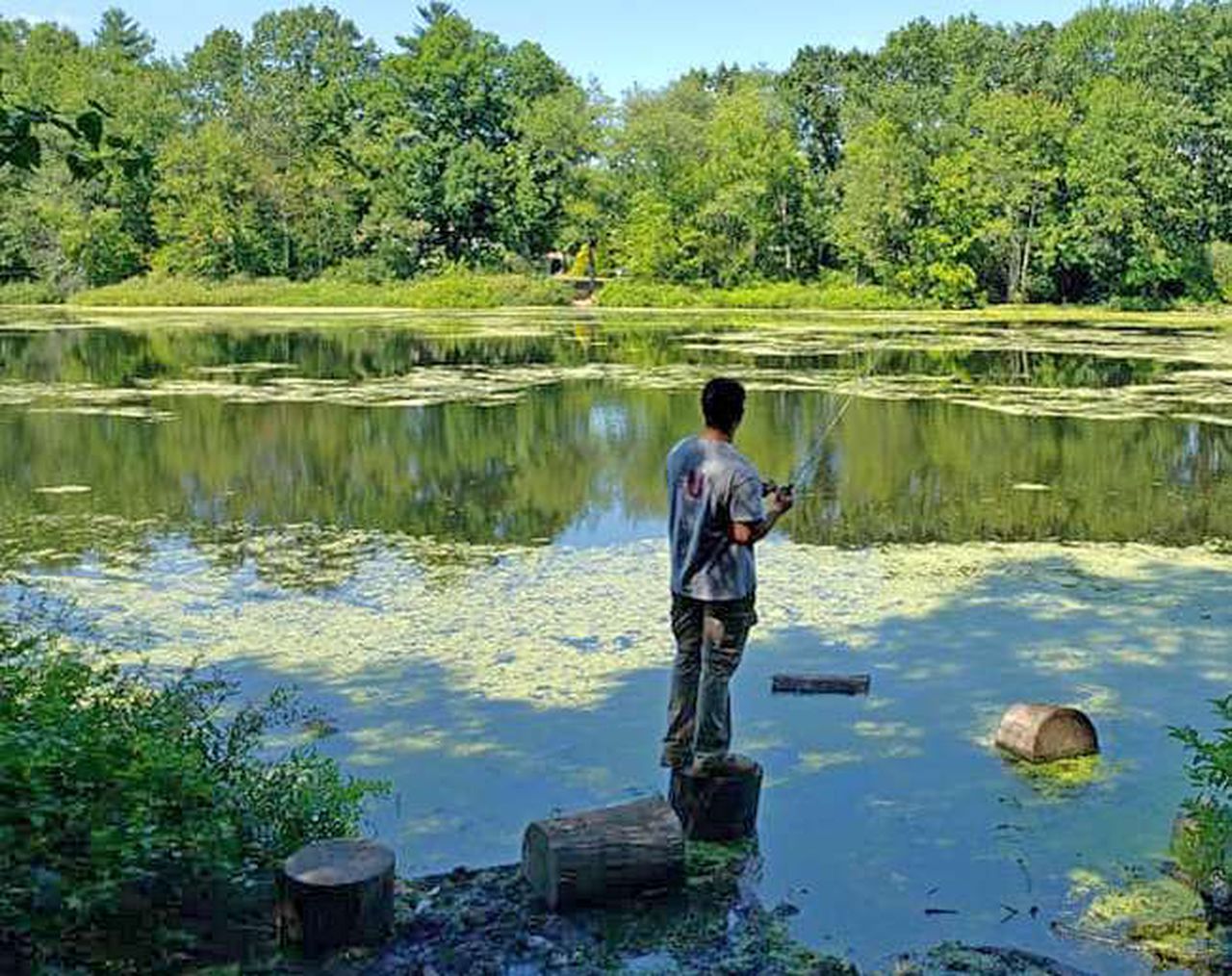 The pond is tucked away just off Wilbraham Road, just east of Western New England University, but it’s not visible from the road, McCarroll said. Chances are there are people who have walked Wilbraham Road or Plumtree Road a thousand times without realizing it.

“It’s not visible from any main street,” he said.

Even in winter, when the leaves have fallen from the trees, Venture Pond remains hidden, he said.

“But it’s colorful (and) it’s a natural pond. It’s spring-fed, so it’s been around as long, if not before, as Springfield has been around.

To make the 8-acre pond a must-see, the community preservation committee and the city’s parks department celebrated the opening of a hiking trail around the pond on Thursday.

In addition to funding the path, the grant also paid for invasive species removal at the pond.

The trail is the first step in a project to put Venture Pond on the city’s recreation map.

Stage 2 is the installation of benches, signs and multiple docks suitable for fishing or launching kayaks. The estimated cost is approximately $250,000.

“We are going to put in fishing piers because right now people are standing in the mud to fish,” he said.

McCarroll said the committee is working on its presentation to city council as part of its funding request. The application will likely go to council this fall.

“One of the goals of the community preservation committee is to increase recreational opportunities in the city, particularly for water recreation,” he said. “It will be a place where people can go for a leisurely walk and watch the pond. Or they can be more active and bring their kayaks or go fishing there.

But first, they have to find him.

For those heading out, Venture Pond is located on Wilbraham Road at Venture Road. It is accessible via Venture Road or Sherwood Road.

McCarroll said the location of the pond is not completely secret. When the officials led the walking trail tour, there were three different kayakers on the water and a few people fishing on the shorts.

The pond is not completely unknown. The fishing website, FishBrain, reports that its users have caught 239 fish there, the most common being largemouth bass, pike and blue gill.