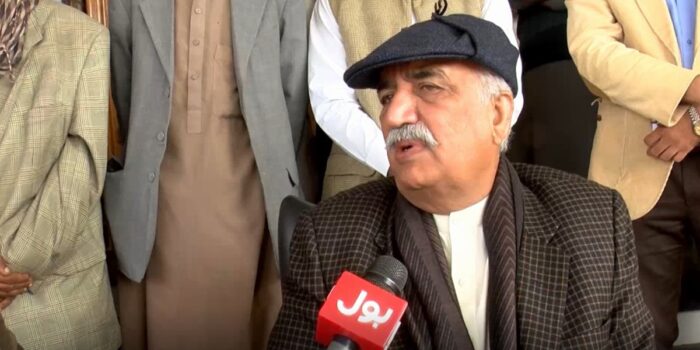 ISLAMABAD: Syed Khursheed Shah, Federal Minister of Water Resources, said on Thursday that the government must prioritize the development and maintenance of dams and water reservoirs.

Pakistan was facing a water problem as it was everyone’s topic, need and remedy for environmental preservation, he said at a workshop on “National Water Policy”. 2018 – Implementation Framework”.

The minister said future water conservation policies would be developed with the needs of a growing population in mind. According to Khursheed Shah, there is also a need to raise awareness about the need for water conservation and wise use of water in daily life.

He said adequate water availability was also vital to improve the production of the national agricultural sector. The country used to have 9,000 gallons of water per capita, which is now much less. Yet there is debate among many parties over the construction of new dams and water reservoirs.

He was disappointed that no government had taken action to preserve groundwater supplies. Provinces should create a regulatory body to monitor and safeguard groundwater supplies. Another critical concern, he said, was rapid population growth, which has been exacerbated by uncontrolled deforestation.

“Water is not free in the world and meters are being established for water supply, but unfortunately we are wasting water without any control,” he remarked.

He said that population and water are inextricably linked and Pakistan’s population is growing rapidly. Due to a lack of water, the agricultural industry will suffer this year.

“The water in Baluchistan and Sindh is salty, undrinkable and has sunk several hundred meters underground.” The situation is aggravated by the felling of trees.

He said wheat production was 27-28 Munds, which could be increased to 110 Munds with diligent efforts. “Excess water can improve wheat productivity and export.” We cannot afford to export wheat right now.

According to the minister, agricultural lands are being converted into urban areas, which poses a threat to food security. He believes access to water will help the country prosper and become a powerful economic force. He concluded that there is no idea of ​​acute water access and availability for everyone without effective conservation and wise water allocation.