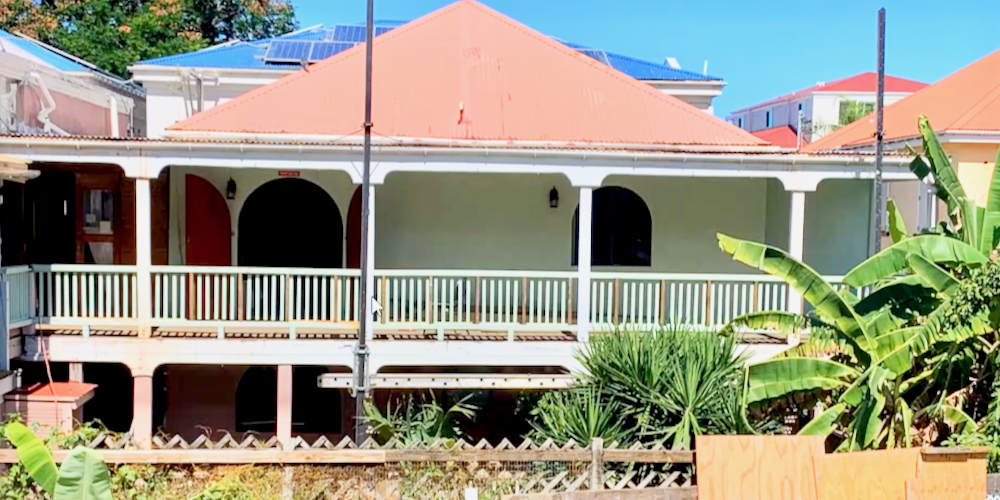 But based on the response to the plans unveiled at Thursday’s St. Thomas-St. John Historic Preservation Committee is back to the drawing board for designers working with the Virgin Islands Port Authority.

The ferry dock upgrade was one of six projects on St. John, with two on St. Thomas, being discussed during the three-and-a-half-hour public portion of the online meeting. It is also the project considered to have the greatest impact, as thousands of residents and visitors depend on the facility when traveling between St. Thomas and St. John.

The plan presented by the port authority includes a series of awnings to protect against the elements, as well as the addition of a unisex bathroom that meets U.S. disability law standards. While these amenities are considered desirable, committee members agreed that the design was poorly designed.

â€œThis is the gateway to St. John,â€ committee member David Knight Sr. told Dale Gregory, deputy director of engineering for the Port Authority, adding: â€œIt looks like you don’t ‘made no attempt to think about aesthetics or what we’ I’m trying to portray – nothing welcoming people to the house, nothing reflecting our heritage.

Members of the Historic Preservation Committee objected to many design features, including Bahama shutters instead of the more traditional louvered windows. Committee members also criticized the outlines of the canopies that were not incorporated into the design of the existing structure, and the shed-like structure for the bathroom “which looks like an outhouse,” according to Knight.

Asked by committee member Kurt Marsh, Gregory said the port authority was unaware that the Cruz Bay wharf was in a nationally registered historic district with design restrictions. Port Authority architects did not consult with the Virgin Islands State Historic Preservation Office or the Historic Preservation Committee.

The six members of the committee voted unanimously to continue the application pending a new architectural revision.

“We will take your comments for further consideration and address concerns if we can,” replied Gregory.

Richards said the credit union has already reached an agreement with the Virgin Islands Port Authority to place a kiosk containing an ATM at the entrance to the parking lot – known locally as the customs lot – in front of the office From post.

While committee members generally approved of the kiosk design, they did not approve of the location chosen.

â€œMy concerns relate to the port authority. We already have an exacerbated parking situation in Cruz Bay, â€said Marsh, referring to an ongoing battle over the high fees imposed by the port authority on the largest gravel lot near the barge terminal. â€œWe can’t bear to lose another parking spot. “

Committee members also expressed doubts about the safety of customers and possible damage to the kiosk due to traffic and congestion at the proposed site. They suggested several other sites, including the fenced area adjacent to the tourism office, in Frank Powell Park behind the bandstand towards Meada’s Plaza, and the neighboring port authority property where a customs caravan was located. and immigration during the construction of their new building. .

The committee voted unanimously to continue the application.

Ahmad submits plans to expand the restaurant’s parking lot. Ahmad said parts of the restaurant, including a patio, were built with “bad wood” – lumber sold throughout Saint John several years ago as pressure treated lumber, but has since degraded. .

Ahmad said he wanted to enclose the east side of the building with glass or plexiglass and sought the advice of the committee before going any further.

Committee members agreed that because some structural materials were compromised, more detailed design drawings were needed. The committee voted unanimously to continue the request pending the submission of other architectural and technical drawings.

The Committee agreed to hear from the owners of another restaurant in Cruz Bay, although their candidacy was not placed on the agenda.

Ralph Solomon and Myrah Keating Smith II, owners of the shopping and dining complex known as Meada’s Plaza, have asked the Historic Preservation Committee to approve the addition of a covered shelter outside the entrance to restaurant customers.

Keating Smith said when the tourist season picks up, diners often arrive a few minutes early, but there is little room left to stand while waiting to be seated. With COVID-19 social distancing requirements, an additional waiting zone is needed.

Committee members spent a lot of time discussing the regulations that apply to awnings in the historic district of Charlotte Amalie. The regulations also apply to the Historic District of Cruz Bay, as new guidelines for Cruz Bay have not yet been established.

The canopy shelter shown as a sketch at the meeting could not be authorized, committee members decided. When the owners were asked to come back with an amended plan at the next monthly historic preservation meeting, restaurant manager Ramon Namphy asked if other arrangements could be made to speed up the process. He said he is looking to avoid ongoing construction when the restaurant opens in a few weeks.

The committee voted (with one abstention) to allow the owners to redesign the shelter and meet with Sean Krigger, director of the State Historic Preservation Office. With Krigger’s approval, the owners could proceed with the construction. But, in any case, they would have to remove a rainbow awning that now extends over a sign on the second level.

The first was the construction of a concrete bridge built along Cruz Bay Beach south of the ferry dock. The owner of the bridge has not followed plans approved by the Historic Preservation Committee, and “a legal and informal administrative process” is underway, according to JP Oriol, commissioner of the Planning and Natural Resources Department. If no resolution is found, “a formal hearing process to determine the non-compliance and corrective action will be taken,” said Oriol.

The committee also discussed a report outlining the scope of additional excavation work on the road near the Cruz Bay cemetery. Work on an underground power line installation project was halted last month when human remains were discovered.

The report, being prepared by an archaeologist working with FEMA’s office of environmental and historical preservation, is still pending, Oriol said.

Two project plans in the Historic District of St. Thomas were unanimously approved by the committee at Thursday’s meeting.

Jason Charles, owner of a vacant lot at 13 and 12-A Borger Gade, requested that the lot be leveled and paved to provide parking for apartments in two neighboring buildings. Charles said he was renovating buildings, hoping to attract middle-class tenants who would need parking to move into an area with limited street parking.

The committee also re-approved plans originally approved in 2016 to add a hipped roof to a chalet on a Prindsens Gade property.