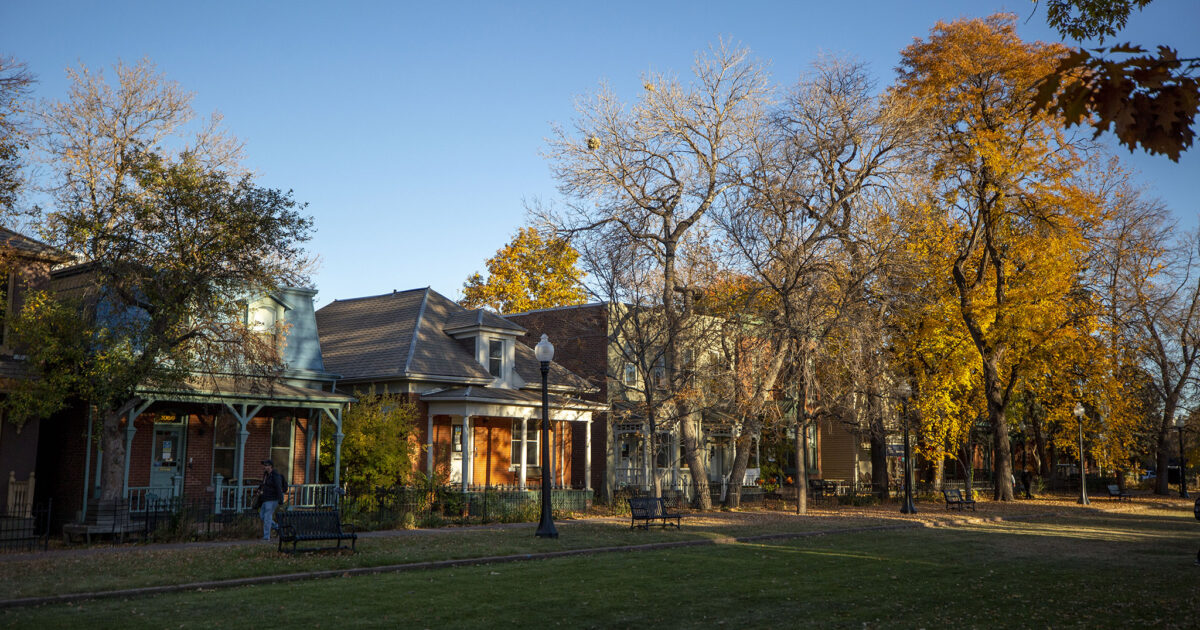 And historians set their sights on a modest row of houses in the city center.

A group of historic curators gathered in Denver this week isn’t targeting one of the city’s iconic landmarks like the Molly Brown House, but a row of middle-class homes downtown.

Latinos in Heritage Conservation is a national organization dedicated to preserving historic sites that reflect the contributions of Latinos and their communities. The group is holding its biennial convention, called Congreso, in Denver through Sunday.

One session will feature Denver’s historic 9th Street neighborhood, which preserved a handful of homes when a largely Latino neighborhood was razed to make way for the Auraria campus in the 1970s.

This preservation effort 50 years ago was ahead of its time in many ways. After the National Historic Preservation Act was passed in 1966, early preservation guidelines favored tall buildings and beautiful architecture, said Annie Levinsky, executive director of Historic Denver.

“But it instantly skewed the preservation of buildings built by the wealthy,” she said.

More modest buildings, such as homes in the 9th Street District, were neglected and often destroyed, even though they represented sites where communities flourished and where significant history occurred.

Desiree Aranda co-founded Latinos in Heritage Conservation in 2014 to bring attention to these neglected historic places.

“Our communities have such important and rich histories and contributions that we have made to the history of the United States,” said Aranda, co-chair of the organization. “Except we don’t hear the stories very often reflected in our official local, state, and national designations or records.”

The University of Colorado at Denver recently pledged to increase funding for the 9th Street Historic District as part of its effort to recognize the community that once lived there.

Congress will also offer a visit to the La Alma Lincoln Park Historic Cultural District, which Denver formed in August 2021. Encompassing a neighborhood southwest of downtown, it is one of the nation’s first historic neighborhoods celebrating the civil rights-era Chicano movement. The elaborate cultural murals are some of the highlights of the area.

For Aranda, drawing attention to these neighborhoods and the history they represent is personal. His grandparents lived in a historically Latino neighborhood of Tempe, Arizona, and were displaced when it was razed for redevelopment in the 1950s.

“For many of us, that’s why this work is so important,” she said. “It’s a way of honoring our grandparents, our ancestors and our communities, and their contributions; the pain and the struggles, but also the joys they had.

Preserving our resources today for a better tomorrow