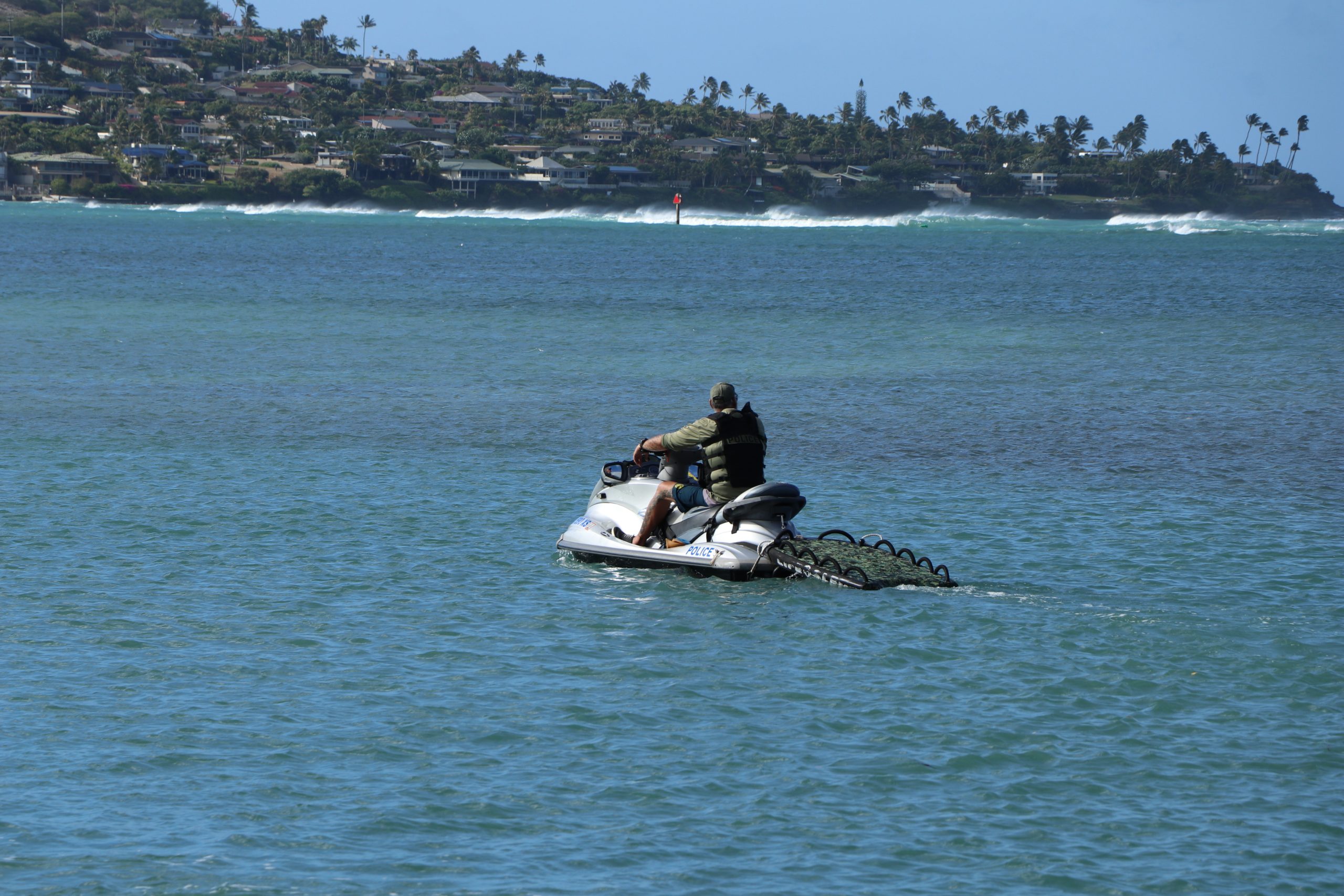 (HONOLULU) – Highest South Rim surf in over 25 years delivered on schedule. An officer from DLNR’s Division of Conservation and Resource Enforcement (DOCARE), estimates a wave off Diamond Head this morning, exceeding 25 feet in height.

DOCARE Lt. Vance Lime (lee may) and Officer Maui Lee patrolled the ocean from Maunalua Bay to Waikīkī on a jet ski this morning. Lime explained that Maunalua Bay is one of the Ocean Recreation Management Areas (ORMAs) that does not have a designated towed surf area. “Since swells like this don’t happen very often on the south shore of O’ahu, we were concerned that the event might be too attractive to resist,” Lime said.

During episodes of massive surfing, jet ski towing is popular with expert surfers. “Apparently everyone was made aware of our presence and we observed no violations. Pulled a surfer out of the water who broke his board outside of China Walls, east of the bay.

A pleasure craft, reported by its operators as aground on Saturday, was still floating in the breaking waves this morning. The 26ft long pleasure craft ran aground on the reef due to the swell. The two people on board swam safely to shore and it is unclear when their boat will be recovered.

Another pair of DOCARE officers were stationed at the boat launch at Ala Wai Small Craft Harbour. They informed surfers and jet ski operators of ORMA restrictions and warned anyone continuing of dangerous sea conditions and asked them to stay within their limits. Officers were also on hand to assist sea safety personnel as needed.

Lime said on Saturday there were tows outside the Castles surf spot, and it was expected to be the biggest sets today. “However, the Diamond Head area definitely had the heaviest surf we saw during our patrol,” Lime added.

Surfers using jet skis were advised to move to the area off the reef runway at Daniel K. Inouye International Airport.

(All images/videos courtesy of DLNR)