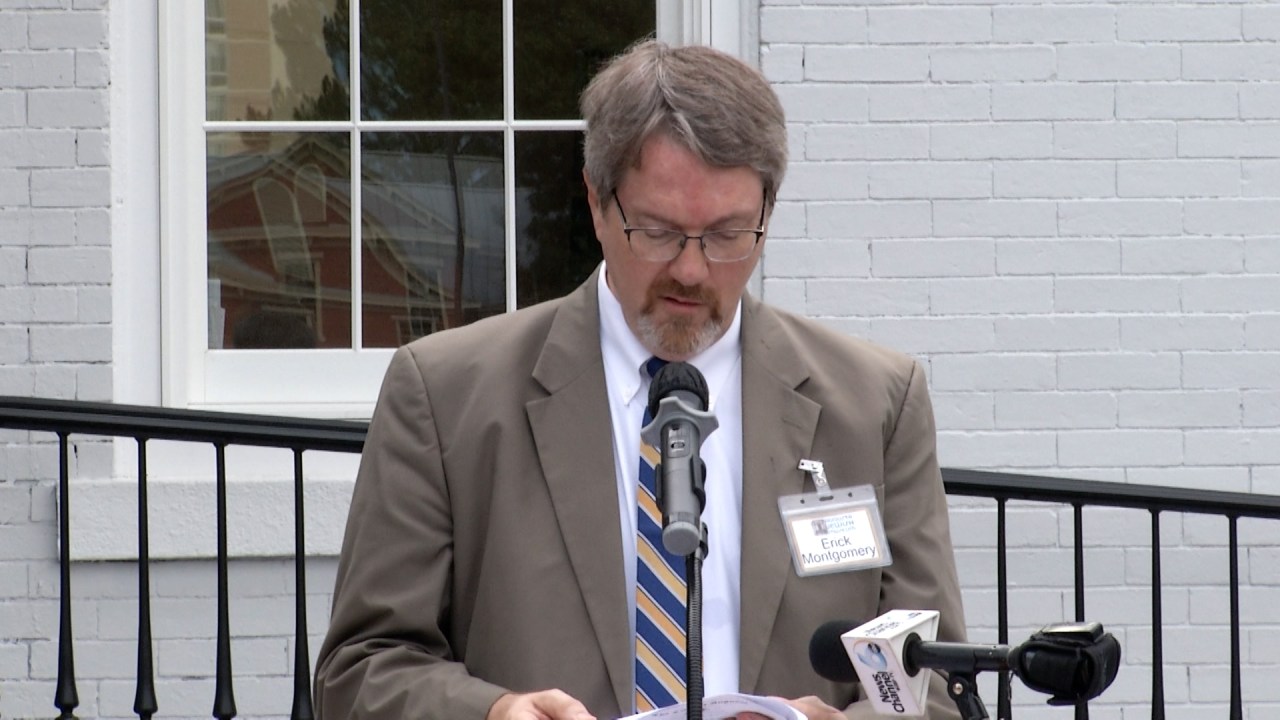 “Well, I’m very honored. Preservation has been my career since I graduated from college and I’ve been in Georgia ever since. I’ve been here in Augusta for 32 years, but I was in other places before that So I’m gratified, humbled and honored,” Montgomery said.

While at Historic Augusta, Montgomery built it into one of Georgia’s largest nonprofit historic preservation organizations. Having been here for 32 years, Montgomery has been involved in many projects and his work speaks for itself.

“Well, one is the building that we’re standing in here; the Joseph Lamar Boyhood Home, which is our headquarters. We acquired it in 1995 and had it rehabilitated and moved into it in 2004. Next door is Woodrow Wilson’s childhood home, which was another major project. We acquired it in 1991 and opened it as a museum in 2001. So those are important things. More recently, I think the Augusta Jewish Museum project is a huge win for Historic Augusta and the Augusta community,” Montgomery said.

Montgomery has no intention of slowing down.

“A community knows itself through its history. If they don’t know their history, they don’t have a real sense of themselves as a community. Historic preservation is all of that. It maintains a focus on history through buildings, through the built environment that we all appreciate and recognize,” Montgomery said.

So you pretty much got the award for excellence for what you do. And after?

“Just keep on going. We have about 25 projects that we are currently supporting; various rehabs in our city, mostly downtown. We’re just keeping them alive, advising people on what they can do and how to go about it,” Montgomery said.

Back to the future: Sustainable management of heritage resources and traditional landscapes in Morocco