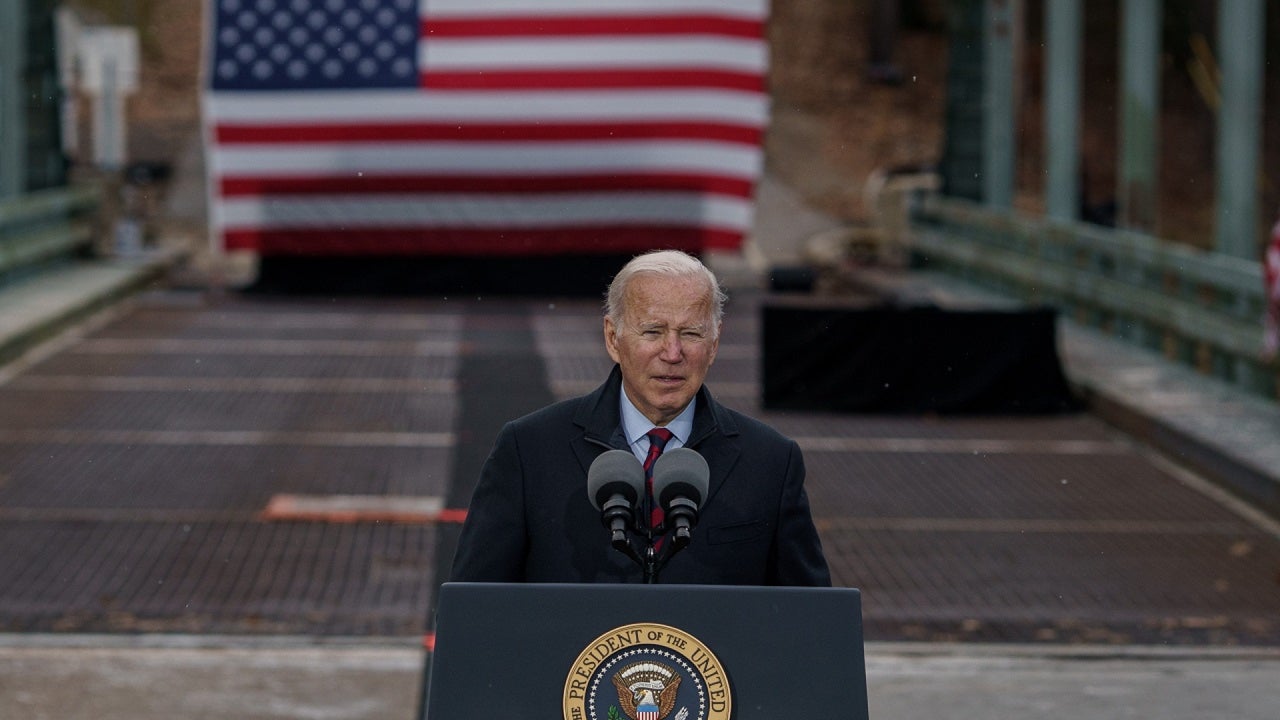 Find out where the money is going for Biden’s landmark infrastructure plan, 6 months after it was passed

This week marks the sixth month anniversary of President Biden’s massive plan to “rebuild the backbone” of America by fixing the nation’s transportation system, from outdated public transit to crumbling roads and bridges.

“My message to the American people is this: America is moving again and your life is going to change for the better,” Biden said when he signed a $1.2 trillion bill in November. It was the biggest outpouring of public funds since the 1950s, when highway and highway construction across the country boomed in earnest as Americans bought cars in record numbers.

So where does the money go?

Some 4,300 projects are underway, with $110 billion in funding available, the White House announced Monday. The money will go towards repairing roads, improving power grids and expanding broadband internet service.

The list also includes not only large-scale jobs, but also community efforts such as widening bike lanes and purchasing new energy-efficient buses.

“We are starting to work on the projects that are ready to go,” Mitch Landrieu, senior White House aide, told reporters on Monday.

“I think if the Americans back down, we’ll all have to admit that for 50 years we’ve had the need to do it and we haven’t found the will or the way to do it,” Landrieu said.

The biggest funds go to the big states of California, New York and Texas. Each receives more than $25 billion.

Governors and mayors were told they were responsible for requesting 90% of the available money and overseeing its spending. The federal government is responsible for distributing 10% of the funds to projects such as clean energy and combating the growing number of traffic accidents through road safety programs.

Tackling climate change is on the agenda, with Arizona, Washington and Oregon each getting nearly $40 million to mitigate the dangers of wildfires.

Michigan is getting $1.3 billion to improve its water distribution system. The state is home to the city of Flint, where corroded lead pipes have turned drinking water to brown sludge and sickened thousands with dangerous levels of lead dripping from faucets.

Overall, the infrastructure plan provides $110 billion for roads, bridges and major transportation projects; $65 billion to expand and provide cheaper internet service; $66 billion for improving trains and railroads; $55 billion for the construction and repair of water supply systems; $25 billion for airports; $39.2 billion in new public transit spending; and $5 billion for charging stations for electric cars and trucks.

The six-month anniversary of the plan also lands at a critical time for Americans. The stock market fluctuates wildly, inflation is the highest in nearly 40 years, and Russia’s invasion of Ukraine has sent energy prices skyrocketing, pushing up oil prices. gasoline at US pumps over $4.50 a gallon.

And the midterm elections are looming, with political rhetoric at a fever pitch between Democrats and Republicans.

“All we can do is tell the story of what we do, and the impact that will have on the mid-terms will be what it will be,” Landrieu said on Monday.

“A really smart person said, you know, even the people who voted don’t want dough,” he said. “It’s as close to consensus in my political life as I’ve seen.”