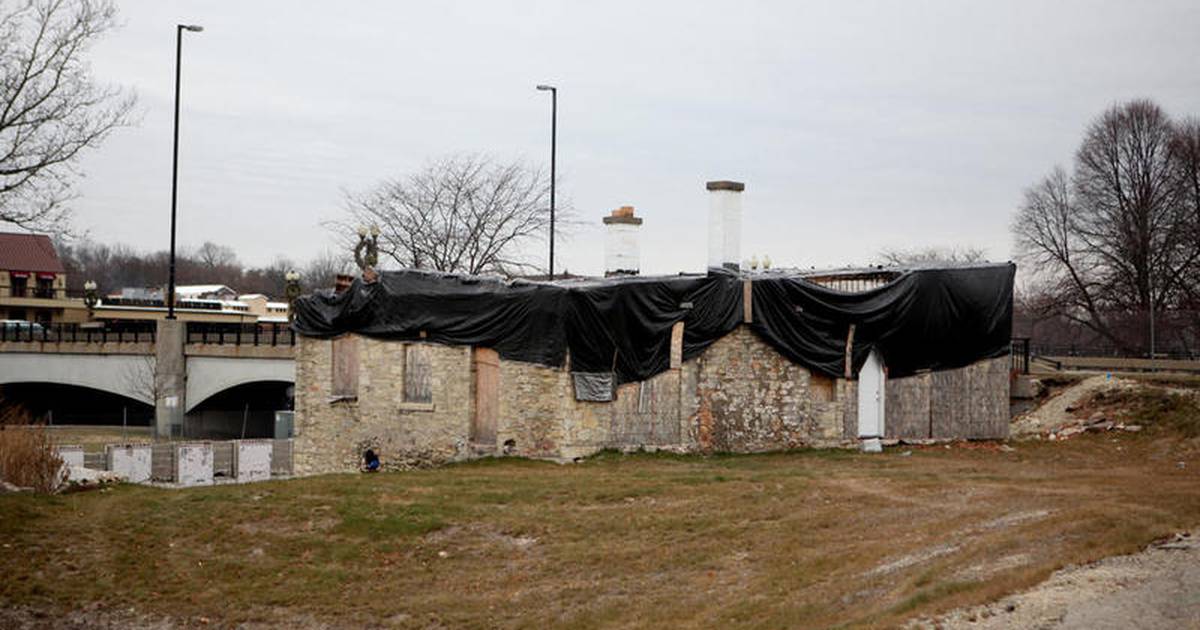 GENEVA – The Geneva Historic Preservation Commission has recommended approval of a plan to remove the historic boundary from the entire Mill Race Inn property in the city’s downtown area and apply it only to the 1846 limestone blacksmith shop and a smaller portion of the land surrounding it.

The plan gives the owner, the Shodeen Family Foundation, more leeway to develop it, officials said. The unopposed commission voted in favor of the plan on April 19 after a public hearing.

David Patzelt, representing the Shodeen Family Foundation, had requested the amendment in March, seeking the historic designation to be the old blacksmith shop and a footing around it, rather than the entire 1.4-acre plot.

The former Mill Race Inn restaurant, which was located on the site at 4 E. State St., was demolished in 2011 after being damaged by flooding from the Fox River.

The Shodeen Family Foundation, which purchased the property, had previously recommended razing the forge, but historic landmark status prevented its demolition.

In the current situation, preservation staff did not fully agree with the one foot limit sought by the Shodeen.

Establishing the eastern boundary 21 feet from the building acknowledges the historic sight of the Alexander brothers’ blacksmith shop, circa 1844-1853; as well as the site of the Rystrom Carriage Shop, from around 1854 to 1878; CE Mann Wagon Manufacturing & Blacksmithing shops, circa 1882-1884; and the CE Mann Cooperage, circa 1882-1891, as recommended by staff.

Establishing the southern boundary 20 feet from the building acknowledges the historic view of the southern wall of the Alexander Brothers Blacksmith Shop, circa 1844-1853, and other institutions throughout the period of significance, circa 1846-1945, per staff recommendation.

Patzelt said he had a “friendly objection” to those 20ft and 21ft limits.

“We believe the Historic Preservation Commission now considers the land around the structure to be historically significant,” Patzelt said. “And this land has been greatly or largely disturbed. … We oppose that.

Patzelt called the recommended 20-foot dimension as having “little or no meaningful basis.”

In her testimony, resident Patricia McLaughlin said preserving the historic limestone structure is the right choice for the Shodeens and the community.

“Historic structures like this – long term – add value to the entire surrounding property and community and are a charm factor,” McLaughlin said. “However you want to define it, it’s a quality of life good and it’s an economic good.”

Al Watts, director of community engagement for Preservation Partners of the Fox Valley, said the amended landmark boundary should be all that’s needed to ensure the property’s viability.

“There is no doubt that this is historically significant and meets the requirements of a landmark,” Watts said.

“The forge is the oldest industrial building on the east bank of the Fox River in Geneva,” Watts said. “It demonstrates both the importance of the river industry which fueled the colonization of Geneva and with a variety of businesses operating there (and) a timeline of Geneva’s growth.”

Resident Lena Serpico said that as a resident of Bennett Street near the old Mill Race Inn, they lived closer to the property than anyone.

“My neighbors and I are tired of watching it,” Serpico said. “It’s a cesspool. … I saw Shodeen do great things in Geneva. We are tired of looking at an ugly facade every day. We would like something else to be built there.

City Council will make a final decision on the recommendation – either to approve it, further modify it, or reject it.

Patzelt said he would reiterate his objection to the council.

“It’s the first time in Geneva’s history that we’re now starting to declare land that once had something different to be historic – even though there’s no evidence of it left,” Patzelt said. “That’s basically my problem with it. One foot, two feet – why is it 20? »