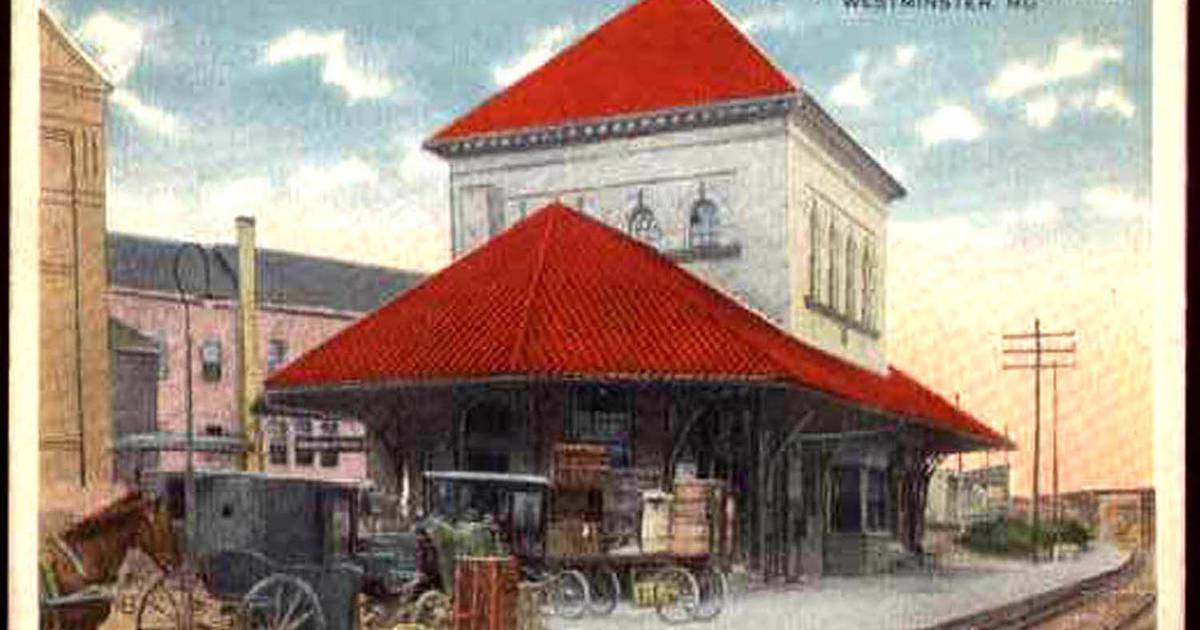 It was around 60 years ago when the Shaffer & Co. Variety Store, a Westminster institution near and dear to the hearts of many in the city, closed and the Main Street building was demolished to make parking space. I found myself lost in thought reminiscing about Shaffer’s candy store the other night as I drove down the main street of Westminster while eating an overly sweet cookie, after a day in historic Annapolis with municipal leaders across the state.

In 2011 I wrote a two-part series about the construction of the old Westminster Post Office building at the corner of Main Street and Longwell Avenue. After the articles were published, several readers asked about the two buildings that once stood east of the post office in what is now a “Joni Mitchell” parking lot.

A January 13, 1966 newspaper clipping provided by local historian George Welty tells part of the story. “The Stonesifer building (was) being demolished last week to make way for the post office expansion. … These two buildings on East Main Street next to the post office were completely demolished last week. … The store … located in the corner building will long be remembered as Shaffer’s store.

I’ve always called the parking lot next to the old post office the “Joni Mitchell” parking lot because five years after the “heaven” we knew when the Shaffer candy store was torn down, Mitchell wrote and performed a song called “Big Yellow Taxi”, in his April 1970 album, “Ladies of the Canyon”. Its lyrics read, in part, “Doesn’t it always seem to go that you don’t know what you’ve got up ’till he’s gone. They’ve paved paradise and built a parking lot.

I recently worked late into the night to rewrite a story about the positive economic impact historic preservation, arts and cultural programs have on a community.

Spoiler alert – a paragraph you will see in print in the near feature will read: Historic preservation and maintenance of a successful arts center that promotes positive community values, is child friendly and family oriented, is important to Carroll County because more and more people are looking for more quality of life. This not only translates into an active interest in community arts and cultural centers, but this search for shared community and social experiences is beginning to have a pronounced economic impact.

In the 1960s, Westminster’s self-esteem took precedence over our search for meaningful progress. It may have started with the demolition of Westminster station. In an article I wrote in 2014, I reported that the big news from New Year’s Eve celebrations in Westminster in 1897 was the opening of the city’s new railway station. Until 1961, the station was located between the railway tracks and the current Westminster branch of the Carroll County Public Library. From 1861 to 1960, much of the economic vitality of Westminster city center was supported by a thriving passenger rail service.

On October 3, 1960, passenger train service stopped. Unfortunately, for reasons difficult to understand at the time, the station was lost to history when it was unceremoniously demolished in 1961 and turned into a car park.

In an article I wrote in November 1964, I reported on the demolition of the First National Bank building. It was located on Main Street in Westminster near the railway tracks, next to the former location of the station.

Receive the main news and sports headlines of the day.

The caption of the photo from the Hanover Evening Sun still haunts us today. It read: ‘THE END – The First National Bank building on Westminster’s High Street becomes the third familiar landmark to be demolished, as it joins the former Farmers’ Fertilizer and Feed Co. structure and Western Maryland Passenger Station Railway in the pages of history. in the name of progress. …”

The demolition of the beautiful brownstone building and the accompanying caption have given the word ‘progress’ a complicated meaning to me ever since.

An aggressive municipal approach to historic preservation and the promotion of arts and cultural programs provides the community with an enormous financial return on investment. Events such as this weekend’s Westminster Celtic Canter and our community’s various ‘promenade’ events throughout the summer bring people to our community from across the mid-Atlantic region.

I never understood how someone can say the word “progress” in the same paragraph with the word “demolition”. When an individual or institution purchases property in a historic community such as Westminster, it is implicitly understood that you are entering into a social contract with the community to preserve and promote the resources that have made investing in that property a good thing. . You have a moral and ethical obligation to embrace our heritage and not abuse it.

A community’s investment in historic preservation is an essential element of its quality of life and economic development. Preservation drives economic and business growth and job creation, and directly contributes to making Carroll County a wonderful place to live and raise a family.