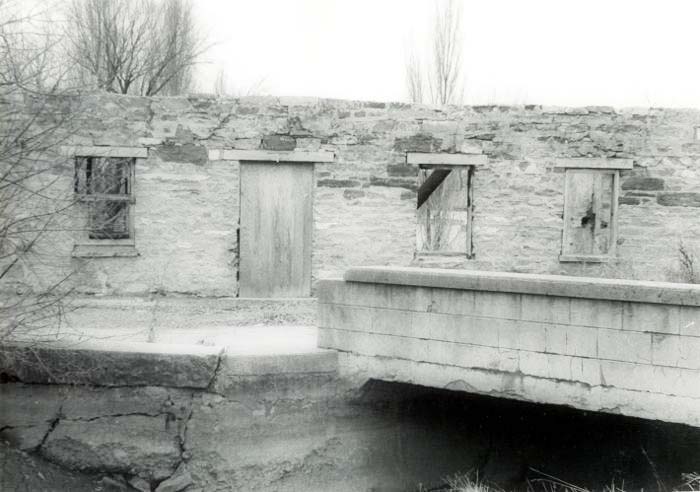 The fate of the historic Thatcher Mill ruins at 74 West and 100 South will be discussed at a meeting of the town’s historic preservation committee at noon on Monday, March 15.

LOGAN – A meeting that could reveal the commitment of Historic Preservation Committee (HPC) members to the ongoing revitalization of downtown Logan is set for Monday, March 15.

The CHP will hold a public hearing to determine whether the owners of the Millcreek residential project on 100 South St. should be allowed to demolish the historic ruins of Thatcher Mill and Elevator Company and incorporate certain artifacts from this site into their ongoing construction project. .

This meeting is scheduled to begin at noon via teleconferencing technology.

Due to COVID-19 precautions, there will be no public meeting in Logan City, according to Amanda Hovey of the city’s community development department. Residents interested in following this number will be able to access the meeting through Google Hangouts at meet.google.com/sec-pktd-duw or by phone at 636-707-2517, using the PIN code 231 801 920.

â€œWhen we get to the agenda item you want to comment on,â€ advises Hovey, â€œyou can speakâ€¦ once recognized by the CHP president. As always, comments are limited to three minutes per person and be sure to say your name when it’s your turn to speak.

The Thatcher Mill ruins demolition project is the only item on the CHP’s agenda for March 15.

The Millcreek residential development is the southern anchor of a revitalized downtown core envisioned by Mayor Holly Daines, stretching from 100 South to 400 North on the west side of Main Street.

Elements of this redevelopment effort are the Mill Creek housing project to the south, the recently approved Town Square replacing the Emporium on the Town Center Block, a new library at the corner of 300 North and a possible mixed-use commercial development on this artery.

Another residential development is also underway on Main Street, along 100 East Street.

Construction of Phase 1 of the Millcreek residential complex, at the corner of 100 South and 100 West streets, is already underway.

City officials say the addition of residential housing on 100 South contributes to Logan’s community development goals by increasing the city’s property tax base, increasing the downtown population and encouraging d ‘other redevelopment projects.

The proposed Phase 2 of the Millcreek project is an additional six-storey, 75-unit residential development. As Paul Willie of Mountain States Property Management explained at an HPC meeting in September 2020, this extension of the residential complex would occupy most of the vacant south side of 100 South St., straddling what remains of the oldest commercial mill in Cache Valley.

The Thatcher Mill was originally built in 1860 as a sawmill and later turned into a flour mill. With the addition of a grain elevator by contractors Logan GW and Moses Thatcher in 1886, the Thatcher flour mill was the largest in Utah and Idaho. The mill continued to operate until the Great Depression in the 1930s and finally burned down in 1946.

Willie said all that remains of the mill today is an el-shaped part of its foundation that is now collapsing and is covered in coarse graffiti.

During an informal discussion on this issue in September 2020, CHP members expressed little enthusiasm for expanding the Millcreek Project unless it includes plans to preserve the mill ruins or some sort. structure or place commemorating the history of the mill.

City officials have indicated that Millcreek designers now plan to incorporate rocks and mill artifacts into the Phase 2 residential complex. They also plan to redirect the canal along 100 South Street into its bed. historical.