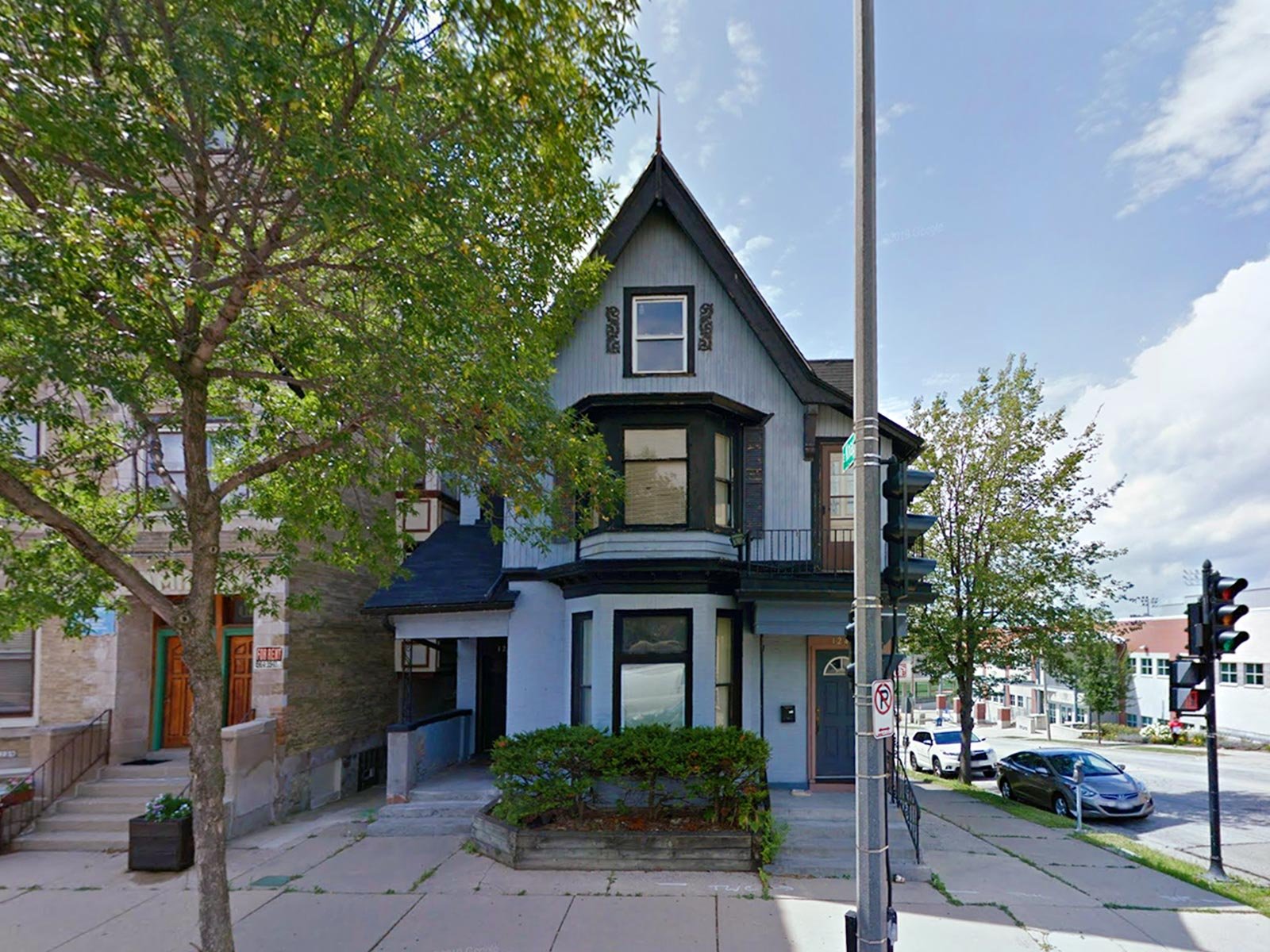 UPDATE (November 11, 2019): At the meeting mentioned below, the CHP declined to designate this property as historic due to changes made to it over the years.

At a special meeting on Monday, November 11, the City of Milwaukee Historic Preservation Committee will discuss the granting of a temporary historic designation to the Garner-Ranney-Schutz House at 1247 N. Milwaukee St.

The Victorian Gothic house, built in 1865, sits on a corner lot on Knapp Street where a business run by Milwaukee Bucks player Pat Connaughton plans to build a new apartment complex.

When a permit to demolish the house was filed with the city, Dawn McCarthy of the Milwaukee Preservation Alliance – the group’s former president – applied for a temporary designation.

“The significance of this site and structure is that it is one of the last historic single-family residences in the city center,” McCarthy wrote in the request.

According to a report in the Biz Times Milwaukee – which includes a rendering of the exterior of the proposed four-storey apartment building – an application for permanent historical designation has been filed at the same time as the application for temporary designation.

The Historic Preservation Commission has the power to grant a temporary designation, but the Common Council must also vote to affirm permanent historic status.

New York-based Beach House LLC, of â€‹â€‹which Connaughton is president, is the developer of the project.

No to cultural, historical and preservation programs

Historic preservation is great, except when it isn’t