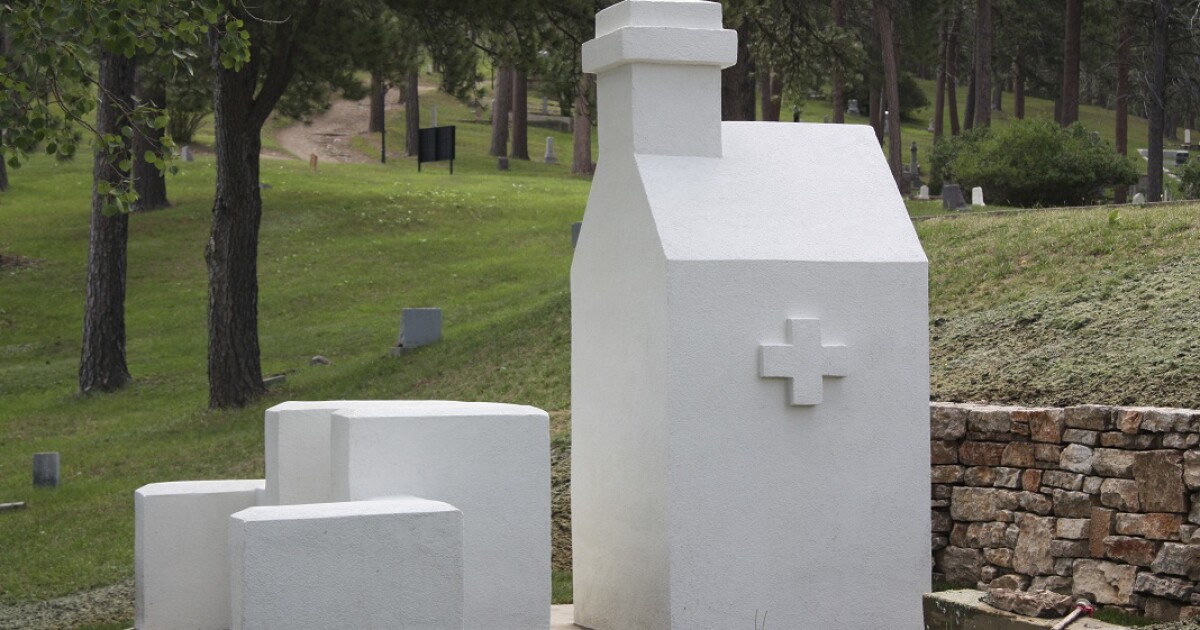 The Deadwood Historic Preservation Committee honors the Chinese community that settled in the northern Black Hills during the Gold Rush of 1876. The preservation committee is reconstructing an altar and burner that stood at the cemetery of the Mount Moriah in Deadwood for nearly forty years. Historians say that members of the Chinese community originally built and placed the altar at the cemetery in 1908. The altar and burner fell into disrepair and were removed from the cemetery in the 1940s.

Town of Deadwood Historic Preservation Officer Kevin Kuchenbecker says the town wants to recognize the important role the Chinese played in the early settlements of Deadwood by reconstructing the memorial.

“It was used for interment rights and offerings to the Chinese in the afterlife and the spirit world. We were able to reconstruct this based on archaeological evidence and photographic evidence using reconstruction standards from the interior secretary,” says Kuchenbecker.

Kuchenbecker says the original memorial was built from brick and stucco. The recently restored burner and altar are constructed of similar materials – including century-old bricks from Deadwood’s Chinese Wing Tsue building which was lost in 2005. Kuchenbecker adds that while many Chinese have come to Deadwood to mine gold, others were also merchants, restaurateurs, and had laundries in the small mining town.

The dedication of the altar and burner is scheduled for Tuesday, July 23 at Mount Moriah Cemetery in Deadwood.