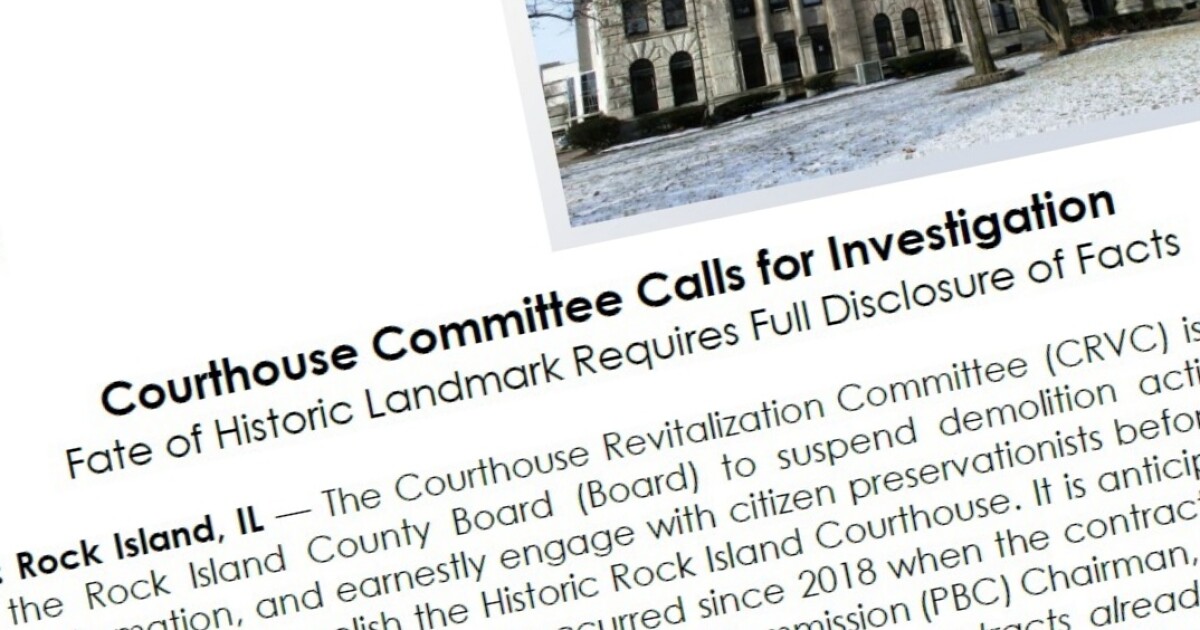 The group is called the Courthouse Revitalization Committee (and it is different from the “Save the Courthouse” group). Committee member Greg Swanson, of Moline, says he filed Freedom of Information requests with Rock Island County Council to learn more about what led to the council’s decision to tear it down .

In Illinois, sheriffs are responsible for looking after the repair and upkeep of the courthouse. In Rock Island County, it was Gerry Bustos who spoke to the board of trustees and the Public Buildings Commission about the state of the 125-year-old building.

Swanson says that based on his research and records obtained from freedom of information requests, he believes a small group of county officials decided to tear down the courthouse long before the city council. administration does not consider it.

The courthouse revitalization committee would like the county council to delay the demolition, form partnerships and find a solution. Swanson says that includes conducting an impartial assessment of the value and structural integrity of the old courthouse.

Two years ago, the Illinois Third District Court of Appeals ruled that the county could not demolish the courthouse without complying with the state’s Historic Resources Preservation Act. Since then, Rock Island County has been in talks with the State Historic Preservation Office to document the building’s history and comply with the law. It’s officially known as registration.

Once the state office notifies the county in writing that registration is complete, demolition can begin.

Click on the attachment below to read the committee’s full statement on its findings and conclusions.