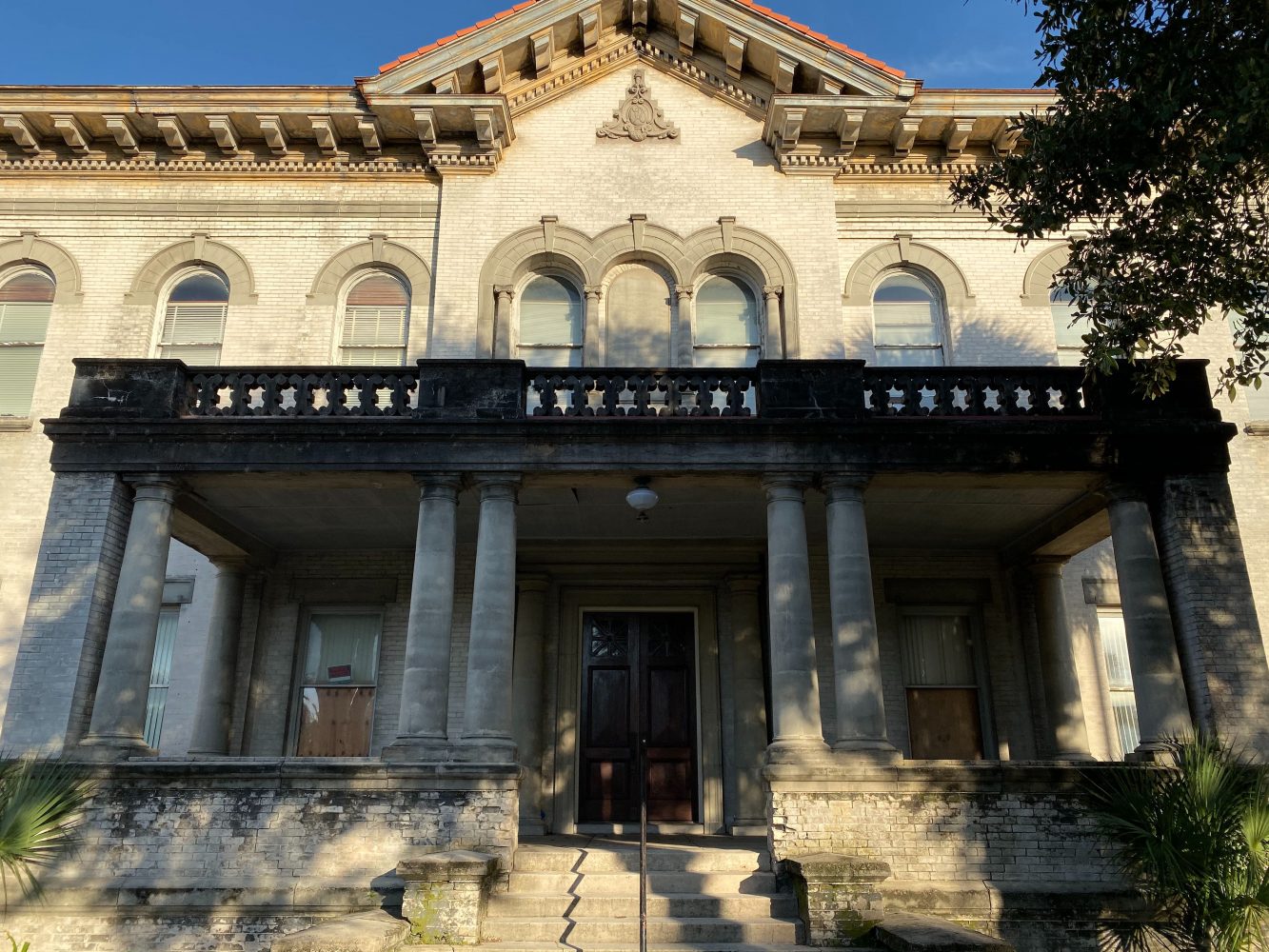 Five years ago, historic preservation in Gainesville was nearing its end.

“These are the words that have been said, that we have to end this and we have to get rid of it completely,” said Mayor Lauren Poe. â€œWhere we are now, we are in a process of reconstruction. “

An ordinance clarified the power of the local historic preservation board, the role of the city commission in assisting it, and the process of future preservation. As part of the process, the commission and the board of directors held a joint meeting in April 2019 to discuss the hiring of a preservation planner.

â€œIt’s up to the board and the citizens to demand better,â€ new planner Salvatore Cumella wrote in his resignation email titled â€œLooking Forwardâ€ to the Preservation Board.

â€œI discovered that years of the city’s neglect of a formal preservation program have taken a toll on attitudes and culture associated with historic preservation,â€ Cumella said.

The commission and council held another joint meeting, virtually on October 28.

“I think he hit every point,” Commissioner Gigi Simmons said of Cumella’s email.

Simmons also discussed the strained relationship between the commission and the board.

â€œWhat you have is discord, you have a lot of animosity, and that makes it extremely difficult for current and past members of the board to do their jobs,â€ she said.

The cause? Deception and conflicting agendas, Simmons said. She remembers, for example, when in the early 2000s, the planning department told her that her neighborhood, Porters, could not be registered as a historic district because non-historic houses had been recently built there.

Although Porters was founded in 1884, it still goes unrecognized among historic neighborhoods in Gainesville. That’s even if the registered neighborhoods – Pleasant Street, Northeast Residential, Southeast Residential, University Heights-North, and University Heights-South – feature homes that contribute and do not contribute to their respective histories, Simmons said.

The commission and the council must establish common intentions and build trust, she said.

Board members said it is difficult to perform as planned when working solely as volunteers.

â€œWe are particularly distressed by the lack of a full-time support staff,â€ said Bill Warriner, vice chairman of the board.

The planning and historic preservation councils exist to advise the commission. The former covers issues such as land use and zoning, while the latter examines issues relating to historic neighborhoods.

Many on both sides agreed that it would be difficult to find and keep the experienced planner the city needs with the current salary for the job. The preservation planner could earn between $ 48,208 and $ 67,491 per year, while a town planner in Gainesville could earn between $ 70,000 and $ 100,000.

Poe said an additional $ 10,000-20,000 could be added to the budget if it makes the position more competitive and less geared towards entry-level applicants.

However, the preservation council wants more than a better paid planner.

At Fernandina Beach, there is a preservation planner: Cumella. He’s been there since 2016.

At the joint meeting in Gainesville, Warriner said he was concerned about out-of-town interests that infringe on council goals. His colleagues agreed that the problem stems from not having full-time staff to help keep developers away from historic buildings and neighborhoods.

â€œWe also have development pressures, combined with the influx of tourism and new residents with a learning curve of preservation,â€ she said.

Wolfe said creating a master plan for preservation and having a dedicated and supportive city administration and commission have helped preserve St. Augustine’s history.

Another problem in Gainesville is that the board did not attract the number or type of candidates they were hoping for. It is just as difficult to find competent new members for the board, officials said.

â€œIt takes judgments, it takes knowledge, it takes an understanding of the different styles of architecture you deal with and the history of the neighborhoods,â€ Preservation Council Chairman Jay Reeves said. “It’s not easy for anyone to come in and do it.”

Reeves has been a member of the board for many years. He said he had tried to retire, to be recruited again, because no one would fill his post.

Elizabeth Hauck and other new members said their experience on the board was disappointing.

Hauck, an administrative assistant at the University of Florida’s College of Design, Construction, and Planning, said she had been disappointed since joining the board in February.

Her application process did not include any questions or requests for referrals. She believed her tasks would include those outlined in the ordinance: updating the inventory of historic places, expanding historic neighborhoods, finding funding, and encouraging preservation efforts.

Instead, Hauck said, “All we do is look at the windows.”

She added, â€œI just think there is so much more to historic preservation than just windows and trim on buildings. We need to have an overview of these entire neighborhoods.

Another board member, Michelle Hazen, noted that the board does not have final authority and that the commission can overrule any of its preservation suggestions.

However, the church demolition began on Boxing Day that year after the Jacksonville-based Episcopal Diocese of Florida pushed for action. A meeting at which the building could have set it up as a landmark was scheduled a week later.

â€œWhere’s all the work we’ve done as board members, as individuals? Hazen said. â€œPouf. Let’s go.”

As for hiring a new preservation planner, Hazen said it’s important to find someone who not only knows the community but also someone who has also faced development pressures.

Three Gainesville residents called to speak at the joint meeting.

Melanie Barr, a Duckpond resident and former board member, said some of the tasks given to her successors are too demanding on volunteers and should be left to a full-time staff member.

â€œThe state of historic preservation here is dire,â€ said Barr, who in the early 1990s moved into a historic house that she helped avoid from becoming a parking lot.

Marty Hylton, director of historic preservation at the University of Florida, argued for a revised deadline for neighborhood property demolitions, an issue Cumella was working on.

Right now, council has 90 days to decide whether to block any demolition request. A revised version would allow more time to record the properties in the historical registers, possibly by backing them up.

Hylton called for the creation of a heritage overlay neighborhood in communities such as Porters. While not as rigid and prescriptive as a historical text, it would still protect an area from development, he said.

The commission is seeking to designate more neighborhoods as historic neighborhoods, said Commissioner Reina Saco. Which, however, were not discussed at the meeting.

Commissioner Gail Johnson came up with six ideas to help the council: integrate historic preservation into the commission’s equitable development discussion, propose short-term solutions to council over the next two months, introduce an internship position, give to the council access to the main state file on historic sites and update of the requirements of the members of the board of directors.

Johnson then put forward a motion to develop a formal process for interviewing board members and expanding the pool of candidates by removing criteria that might deter potential candidates. He failed 4-3. Those opposed to the motions – Simmons, Saco and Commissioners Harvey Ward and Adrian Hayes-Santos – did not respond to requests for comment.

The other five points proposed by Johnson were all carried unanimously.

Cumella later said he was encouraged by the discussions during the meeting.

â€œMy departure was a wake-up call to many that the city must put more value on its preservation program if it is to be successful,â€ he said.

After his resignation, Cumella offered recommendations to the city’s sustainability department and said he would continue to support members of the preservation council.

He said he hoped the council and commission would find qualified staff, better organize their records system, adjust their budget for preservation purposes, and change the general mindset of preservation as an obstacle to development. with an economic engine.

“Overall,” Cumella said, “I think the joint meeting was very successful – and I hope to see at least one or two of these joint meetings take place every year.”