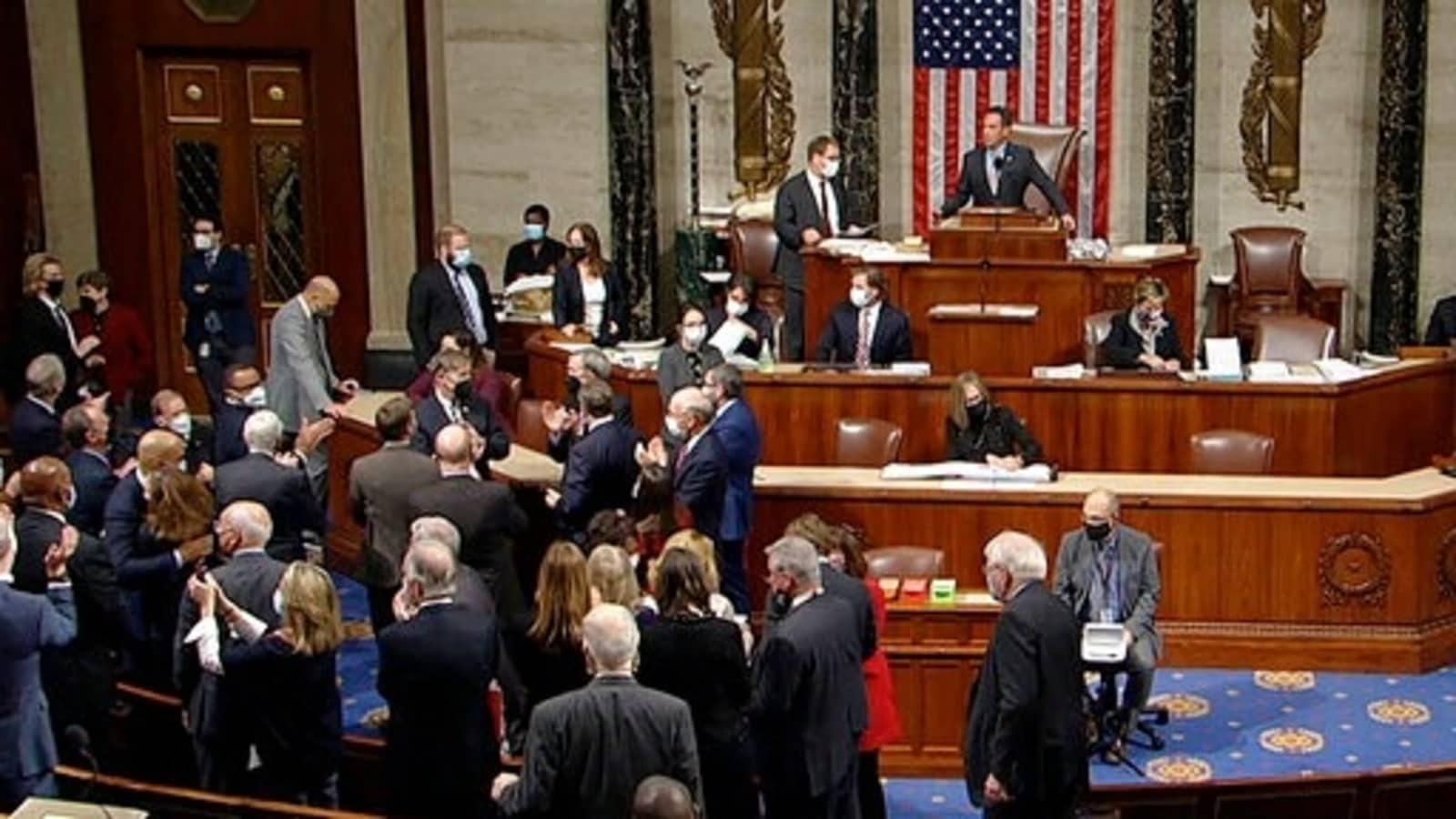 The House on Friday passed the largest US infrastructure package in decades, marking a victory for President Joe Biden and freeing up $550 billion in new spending for roads, bridges, public transit and other projects in the years to come.

The vote was 228-206 and sends the legislation to Biden for his signature. Thirteen Republicans backed the bill and six Democrats voted against it, a sign of intra-party tensions that nearly derailed the legislation. It would not have passed without GOP votes.

The passage capped a day in which Speaker Nancy Pelosi was forced to navigate a last-minute standoff between the party’s progressives and moderates that took hours of intense negotiations and presidential intervention to be resolved.

Pelosi and Biden, however, were unable to secure a vote in the House at the same time on a tax and spending package of more than $1.75 trillion that makes up much of the rest of the Biden’s domestic agenda. The House instead approved a procedural measure triggering a vote after lawmakers return from recess next week and the Congressional Budget Office presented a cost analysis.

It was a last-minute concession to a small group of moderates who refused to vote for the spending package without the CBO score. Progressives also made a concession by backing infrastructure legislation ahead of a vote on the larger spending package.

“I spoke to the president several times today and the president appreciates that we are working in good faith with the agreement of our colleagues,” said Rep. Pramila Jayapal, head of the Congressional Progressive Caucus. “We’re going to trust each other because the Democratic Party is together on this, we’re united on the fact that it’s important for us to move both bills forward.”

A statement from the group of moderates including Representatives Stephanie Murphy and Josh Gottheimer said they would commit to voting for the economic package “in its current form” as long as the Congressional Budget Office’s score is in line with the estimates of the White House on costs and revenues.

The back and forth throughout the day and threats from both factions to scuttle any action frustrated some lawmakers.

“We started this day thinking we had a deal, thinking we were going to vote — we were excited to vote,” said Rep. Jared Huffman, a California progressive. “And then a small cohort of our colleagues moved the goal posts.”

Still, not all progressives were ready to accept the deal. The six Democratic “no” votes were all part of a group of progressives often referred to as the team: Alexandria Ocasio-Cortez and Jamaal Bowman of New York, Ilhan Omar of Minnesota, Rashida Tlaib of Michigan, Cori Bush of Missouri and Ayanna. Pressley of Massachusetts.

“I cannot in good conscience support the infrastructure bill without first voting on the president’s transformation agenda,” Omar said in a statement.

With the vote uncertain for much of the day, Biden called House Democrats and postponed his plans to leave Washington on Friday for his home in Delaware. From the White House, he continued to pressure Democrats late into the night.

House Republicans argued it was not focused enough on roads and that passing it would “unlock” the social spending bill, which they said would generate inflation.

“The Senate infrastructure bill and the massive tax and budget frenzy are not the will of the American people. The Democrats’ radical agenda of spending reckless amounts of money will increase costs and make it even harder for people to build better lives for themselves,” Cathy McMorris Rodgers, a Republican from Washington state, said at the an indoor debate.

The passage of HR3684 came after Democrats missed two deadlines in September and October to act on the bill, despite personal pleas from the president.

Success in breaking a stalemate between moderate Democrats and progressives – who had fought over the elements of the larger social spending and tax hike bill and the timing of the enactment of the infrastructure — could provide a much-needed boost to Biden’s public standing. The president’s ratings have plummeted in recent months, with the chaotic pullout from Afghanistan, high inflation and the push for the delta variant.

Some Democrats blamed losses in Virginia’s statewide election and a close call for New Jersey’s incumbent governor on Tuesday on the failure to enact their promised agenda.

For months, progressives had effectively blocked the infrastructure bill, withholding their support – necessary for its passage – to gain leverage over party moderates in the fight against the biggest Democrat-only bill.

The so-called Reconciliation Bill, including increased spending on social programs and measures to combat climate change as well as higher taxes for corporations and the wealthy, now totals more than $1.75 trillion. dollars, up from $3.5 trillion previously.

Progressives had pushed for an agreement — or even an actual vote — in the Senate on the reconciliation bill before backing the infrastructure legislation. With infrastructure passing, the risk is that the Liberals will no longer have a grip on Senate moderates, who have cast doubts on health insurance, paid family leave, methane gas fees, taxes on nicotine and immigration measures in the other bill.

House Majority Leader Steny Hoyer said the legislation would pass before the Nov. 25 Thanksgiving holiday. In their statement, the moderates said they would allow a vote no later than the week of Nov. 15.

Still, that could delay final action until December, when Congress faces a Dec. 3 government funding deadline and raising the debt ceiling, both of which will spark a dispute with Republicans. The Senate is almost certain to change the legislation, which means the House would have to vote again.

The Senate had passed the $550 billion infrastructure plan on Aug. 10 on a bipartisan vote of 69 to 30. Nineteen Republicans, including Minority Leader Mitch McConnell, joined 50 senators who caucus with the Democrats to support the bill.

Among the components of the eight-year public projects bill: