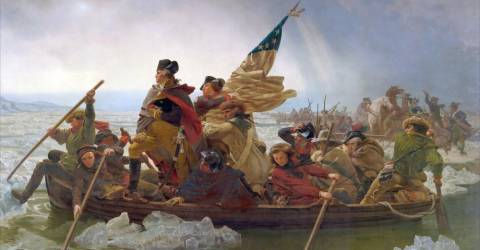 Sussex County is well represented, with photos and information on 22 historic sites in nine towns, including one in Hamburg, two in Newton, three in Andover and four in Wantage. There are about 100 additional historic sites in nearby Warren, Morris, and Passaic counties.

According to a Frazza spokesperson, the website is used by thousands of people each week to help them explore and learn more about local New Jersey history, and “provides the perfect starting point for those are looking to begin their own historic explorations for the 4th of July holiday.” .”

Frazza’s work on the website won her the 2018 History Award from the Wantage-based Girls of the American Revolution Chinkchewunska Chapter. The award was given “in recognition of his outstanding dedication to preserving and sharing New Jersey’s history.”

Frazza recently published a book about his years exploring New Jersey history, titled “State of Revolution: My Seven-And-A-Half-Year Journey Through Revolutionary War New Jersey.” The book is part memoir, part history, part travelogue, and part love letter to the state of New Jersey. A chapter in the book, titled “Just Keep Moving,” tells the humorous story of a brutally cold day that Frazza spent photographing the cemetery of the Hamburg Baptist Church in Hamburg.