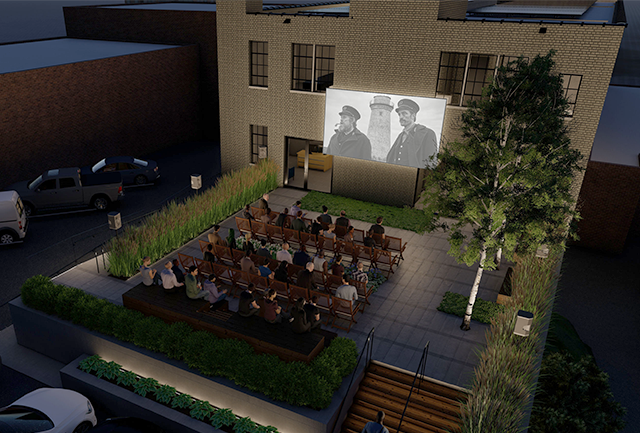 Supporters of the tax credit that helps fund historic preservation projects across the state received great news during the closing weekend of Minnesota’s 2022 legislative session. Not only was the credit extended under the bipartisan compromise tax bill, but supporters would no longer have to return to the Legislature every few years to get the extended credit.

House Tax Committee Chairman Paul Marquart is keen to keep tabs on the tax credits and thinks their removal forces funders to come back and advocate for their retention. But when reminded that the agreed-upon tax bill removed the Preservation Credit Sunset, Marquart laughed and said, “I’m a softy.”

It might have helped that Senate Tax Chair Carla Nelson was a big supporter of the program, though he has many friends — and few obvious opponents — on Capitol Hill.

But the 2022 session ended without lawmakers passing most major spending and tax bills. And as with dozens upon dozens of other provisions that appeared in bills that passed but never voted on, Preservation Credit is in political limbo, the victim of bigger disagreements on bigger issues.

Unlike other shows, however, this tax credit faces a deadline: July 1. This is when the existing credit, itself the result of a one-year extension adopted last June, expires.

Without action by then, dozens of projects that have yet to receive final approval would be delayed, at best. One is a project on University Avenue in St. Paul that aims to convert a 1930s art deco furniture store and warehouse into space for, among other things, a non-profit arts group, FilmNorth, whose mission is to provide education and resources to film and media artists. The new location will include a screening room as well as indoor and outdoor spaces for organizing.

Colin Oglesby, a partner at d/O Architects, said the $11.5 million adaptive reuse of a Clarence Johnston building relies on $1.5 million in historic preservation tax credits. state, as well as $1.5 million in federal appropriations.

The project is currently before the National Park Service, which approves preservation projects that meet Federal Department of the Interior standards, and has therefore not yet received final approval for state appropriations. Without an extension of state funding, the project is in jeopardy, said Bethany Gladhill, FilmNorth’s director of business affairs.

The article continues after the ad

A tax credit analysis by University of Minnesota Extension reported that there were 34 applications for projects in fiscal year 2021 worth $890 million. The report estimates that half of the cost of the credits will be repaid in the first year that completed projects are subject to state and local taxes. Since 2011, credit-assisted projects have supported 28,485 jobs, the analysis says.

Credits are an important funding tool for preservation projects because they are called refundable credits. This means that an entity can use them to pay its taxes and get a refund if its tax payable is less than the value of the credit. It also allows a project to sell the credits to others who use them reduce their tax payments to state and federal governments. Large corporations purchase tax credits at a discount, usually at 90 to 95 cents on the dollar, and then apply the full amount to their own tax liability.

There is a national market for buying and selling such credits which can be exploited by project developers. But Heidi Swank, executive director of historic preservation nonprofit Rethos, said the start and stop of the state program is disrupting access to that market for state projects.

“The continued fragmentation of this tax cycle in which tax credits can be taken, either with short-term extensions or pauses, only serves to destabilize this market,” she said. “Our concern with not passing this now is that we will further destabilize the tax credit in Minnesota. There are 38 states with historic tax credits and people will go elsewhere.

The article continues after the ad

The Preservation Tax Credit in Minnesota was first enacted in 2010. Tax bill writers decide how much money is available for credits in a given year, and the tax bill pending tax would set aside $6.7 million for the next 12 months and $32.2 million for the next. 24months.

The same tax invoice agreement would cost $4 billion over the same three years. It includes an elimination of remaining state income tax on Social Security benefits, a slight reduction in the lowest income tax rate, and a simplification of the tenant tax credit that should expand its use.

Chris Sherman, chairman of Sherman Associates and chairman of Rethos, said his company has projects underway including the renovation of the North Star Center and the JI Case Building (the site of the former spaghetti factory) downtown. from Minneapolis. But several projects in the planning stage have yet to receive final approval and will be threatened by a premature end to the tax credit, including Landmark Tower in Saint Paul and tDuluth Armory.

“These projects take years to develop. We really need that certainty of more than five years, ideally eight to ten years, to be able to make those long-term commitments,” Sherman said.

Adam Duininck, director of government affairs for the Regional Council of Carpenters, said credit-assisted projects provide work for skilled craftsmen and income for material suppliers, architects and engineers. “We have to express our frustration and our disappointment,” Duininck said. “If legislative leaders don’t hear how frustrated we are, then we just accept that it’s ok that the traffic jam happened, that nothing happened.”

MinnPost’s in-depth, independent news is available to everyone for free – no paywall or subscription. Will you help us keep this going by supporting our non-profit newsroom with a tax-deductible donation today?