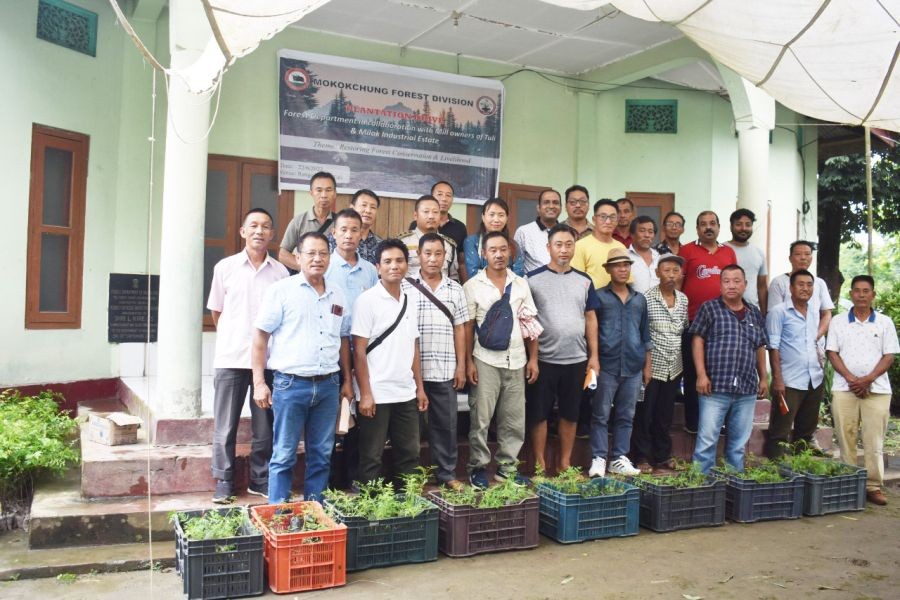 Participants in the outreach program held at the Tuli Range Office on June 22.

According to a press release, a total of 10,000 fast and mixed species saplings of Melia, Bogipoma, Titachapa and Khokon were donated to arborists on occasion, and a “Green Belt Committee” was formed in division to safeguard the forest and maintain livelihoods.

Delivering the opening speech, Tuli Range Officer Ailong Phom reportedly remarked that the Tuli region is one of the most promising areas in the state as it is endowed with many natural resources associated with a geographical convenience and easy accessibility. He insisted that “with every good blessing comes enormous responsibility” and therefore the use of natural resources and their conservation must go hand in hand, the statement said.

Raju Lahoti, Chairman of the Green Belt Committee, said the Mill Owners Association had full confidence in the Forest Department’s programs and initiatives and assured its full support in all efforts to conserve and improve the mills. livelihoods, he said.

Meanwhile, Divisional Forestry Officer Dr Sentitula said it is the responsibility of all stakeholders to plant more trees to restore and replenish forests and at the same time sustain livelihoods. . She said that the green belt committee formed under the division in conjunction with factory owners in industrial areas has consistently worked on restoring and conserving forests as well as improving livelihoods. livelihood of people through various activities.

The committee has assisted the arborists in the planting work and the committee’s activity for this year is to award the best farmer based on the overall performance rate of the plantation, the DFO said.