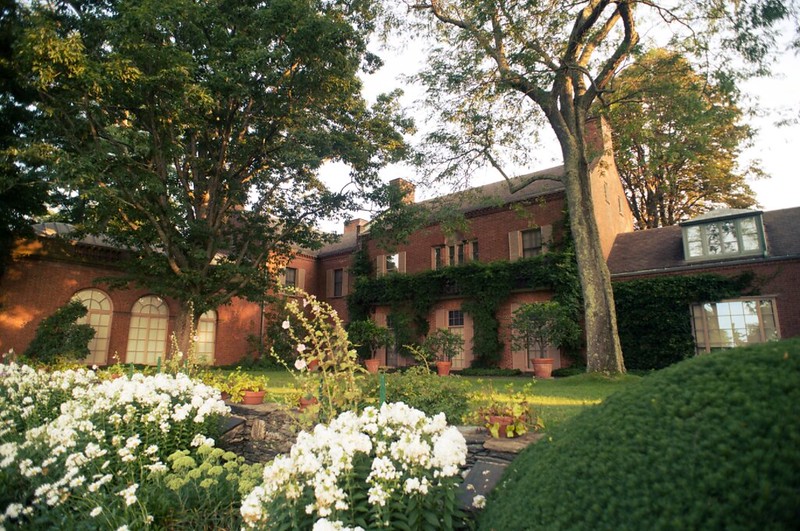 ALBANY, NY (NEWS10) – Nine projects and one person are awarded a 2021 New York State Preservation Award for their efforts to preserve the state’s history. These include four projects in the capital region.

The Gloversville Public Library has been recognized for excellence in historic rehabilitation. The library recently completed the work that transformed the 1904 Carnegie Library, including interior and exterior restoration and upgrades to the building’s original mechanical systems.

Clinton Avenue Rowhouses in Albany received an Award of Excellence in Historic Rehabilitation for the work of transforming 70 townhouses in the Arbor Hill neighborhood. Acquired in foreclosure, the buildings were renovated using historic rehabilitation tax credits to include 210 affordable housing units and six commercial spaces.

Grant Cottage State Historic Site in Gansevoort has been awarded for Excellence in Environmental Stewardship for the installation of a 30 kilowatt hybrid photovoltaic system. The facility allows the site to operate completely off-grid and maintains the chalet and its physical inventory in an air-conditioned environment.

The Roe-Jan Brewing Company in Hillsdale has been recognized for excellence in historic rehabilitation for the adaptive reuse of the old Buckley store building. Built in 1851, the building was vacant before being rehabilitated to serve as a craft brewery and restaurant.

Wethersfield, a 1,000-acre estate in Amenia, has been awarded for excellence in preserving the historic landscape. Established between 1937 and 1977 by Chauncey Stillman, the property comprises a Georgian Revival style residence, horse-drawn carriage stable / barn and auxiliary farm buildings, set in an area of â€‹â€‹formal gardens and sculptures, forests, agricultural fields and carriage rides.

The Point O’Woods Historic District on Fire Island has been recognized for excellence in historical documentation. The oldest community on Fire Island, Point O’Woods was founded in 1898 with the mission of forming a summer community providing education and entertainment opportunities in a “healthy environment”.

Suspension of Federal Student Loan Payments Extended to May 1

The Kreiner Malt House in Buffalo was recognized for excellence in historic rehabilitation for the project that transformed a historic grain elevator into offices, apartments and a brewery. The project used tax credits for historic rehabilitation and showcases this important regional building type by incorporating new uses while maintaining a strong sense of its original function.

The Northland Beltline Redevelopment Project in Buffalo has been recognized for Excellence in Historic Rehabilitation for the revitalization of several vacant properties in a large manufacturing district on the east side of Buffalo. The cornerstone of this redevelopment project is the Northland Workforce Training Center in the former Niagara Machine and Tool Works, which was one of the oldest and largest tool and machine manufacturing facilities built and operated in Buffalo in the 20th century.

Brooklyn Navy Yard Building B has been recognized for excellence in historic rehabilitation and adaptive reuse. The project breathed new life into the once endangered 1872 townhouse, the last remaining building in Admiral’s Row, which now houses the offices of Steiner Studios.

Lucy Rockefeller Waletzky, MD is recognized for her outstanding contribution to historic preservation. His long-standing dedication to preservation has had an untold impact on the state’s cultural and historical resources.

Established in 1980, the State Historic Preservation Awards are presented annually to honor excellence in the protection and revitalization of historic and cultural resources.