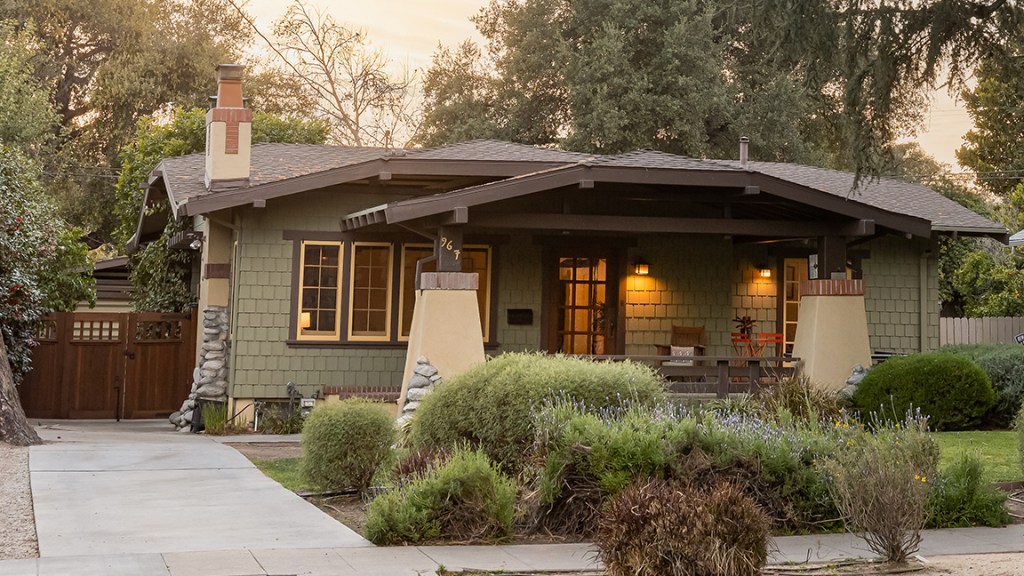 I was pleased to see that Pasadena was not one of the four California cities suing Sacramento for SB 9, which would increase housing supply in a state that desperately needs more housing by rightfully allowing more duplexes and grandmother’s apartments, without having to ask the town hall. .

I was disappointed to see that Whittier is actually one of those four towns.

And Temple City? Don’t get me started, or don’t, on the shenanigans that his city council is trying to end the housing law by passing a law in December that makes a denser suburb in which our little ones children may one day be able to afford an impossible home.

From a CalMatters story: “The Temple City ordinance states that homeowners must clear their garage or driveway before obtaining a building permit, and residents of the new unit will be prohibited from obtaining street parking passes. New tenants cannot own a vehicle and must plan to walk, cycle or take Ubers into the suburbs, according to a planning memo. The city also requires all new units to meet the highest level of LEED certification, a designation typically held by high-end office buildings like Facebook’s headquarters in Menlo Park.

Council makes no secret that it’s trying to circumvent the law: ‘What we’re trying to do here is mitigate the impact of what we think is a ridiculous state law’ said council member Tom Chavez at a Dec. 21 City Council conference.

So while Pasadena did not join the lawsuit, the largest city in the San Gabriel Valley has its own strategy to try to maintain autonomy on suburban development issues. Unsurprisingly for a city long at the forefront of historic preservation codes aimed at preserving Pasadena’s famous craftsman – and other styles – of residential architecture, Pasadena has passed its own ordinance exempting iconic neighborhoods from allotments. batch division of SB 9.

State Attorney General Rob Banta wasn’t the most pleased and said Pasadena couldn’t do that.

Pasadena Mayor Victor Gordo, himself a lawyer, begs to disagree. On the phone the other day, he explained to me what he later sent in a letter to Pasadena: “In 1983, the city of Pasadena passed a historic preservation ordinance and, apparently, without the knowledge of those in Sacramento, in partnership with the National Park Service and the State of California have earned the designation of Certified Local Government.This certification allows the city to designate neighborhoods with historical value as local landmark neighborhoods and be listed on the National Register of Historic Places when designated neighborhoods are deemed to be of national significance.The idea is to protect Pasadena’s unique architecture, the character of its neighborhoods.

The mayor, who himself lives in a historic craftsman’s house, knows that I, having grown up in a 1910 house in a historic neighborhood, would have a soft spot for his fascinating argument. And I do – destroying the character of a Bungalow Heaven or a dozen other Pasadena neighborhoods would be a crazy mistake.

I also have a soft spot for leaving our grandchildren a California where you don’t have to be a millionaire to own a home.

That’s what gives me hope that both Temple City, with its million-dollar ranch homes, and Pasadena, with its multimillion-dollar ultimate bungalows, will find ways to work with Sacramento on the ways to create new housing, although this will inevitably change the character of our existing neighborhoods. Gordo is absolutely right to note that in non-iconic neighborhoods, Pasadena does as well – sometimes much better than – than any California city in creating attractive and affordable housing projects. That should count for something, I agree.

I also know that there are a lot of historic apartments built behind some of the historic bungalows which work quite well.

So I want to see both a TC and a Pasadena negotiate with Sacramento to find a compromise that brings new housing and also protects the character of the communities.

In the new HBO series “Julia,” another fictionalized take on the life of Julia Child, British actress Sarah Lancashire gives a toast at a dinner party celebrating the publication of Julia’s first book. “And from Pasadena, no less!” she said with a wonderful twinkle in her eyes.

Write to the public editor at [email protected]