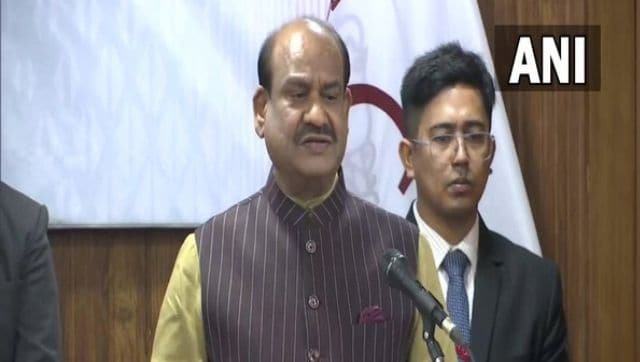 Om Birla calls for the protection of the environment, avoiding the misuse of natural resources

Speaking at the Parliamentary Research and Training Institute program held at the premises of the Parliament, Birla urged the gathering to find innovative ways to preserve the environment

Speaking at the Parliamentary Research and Training Institute program held at the premises of the Parliament, Birla urged the gathering to find innovative ways to preserve the environment. Noting that environment is a serious problem for the whole world, Birla said that environmental security is very important and the issue of global warming is a major problem not only for India but also for the whole world. , and that climate change is the key issue as it affects various sectors of life.

“Human life is affected due to climate change. Climate change has a big impact on our economic health and many sectors. When the ecosystem is affected, it affects society, economy and health. Central governments and states are taking action to address environmental change,” Birla said.

In the Paris agreement, Birla said people had decided to start a struggle for environmental change. He further asserted that developed countries are committed not only to saving the world by protecting the environment, but also to supporting developing countries.

“The environment has always been part of our lives as we revere trees, sun, earth and water,” he added.

He further suggested, “Our younger generation should work on it. It is your responsibility at a time when we are celebrating Azadi Ka Amrit Mahotsav.

Citing an example from the freedom struggle period, Birla said that “freedom fighters did not know if they would get a position after the country was liberated”.

“So this is the time when we have to fight to save the environment,” Birla added.