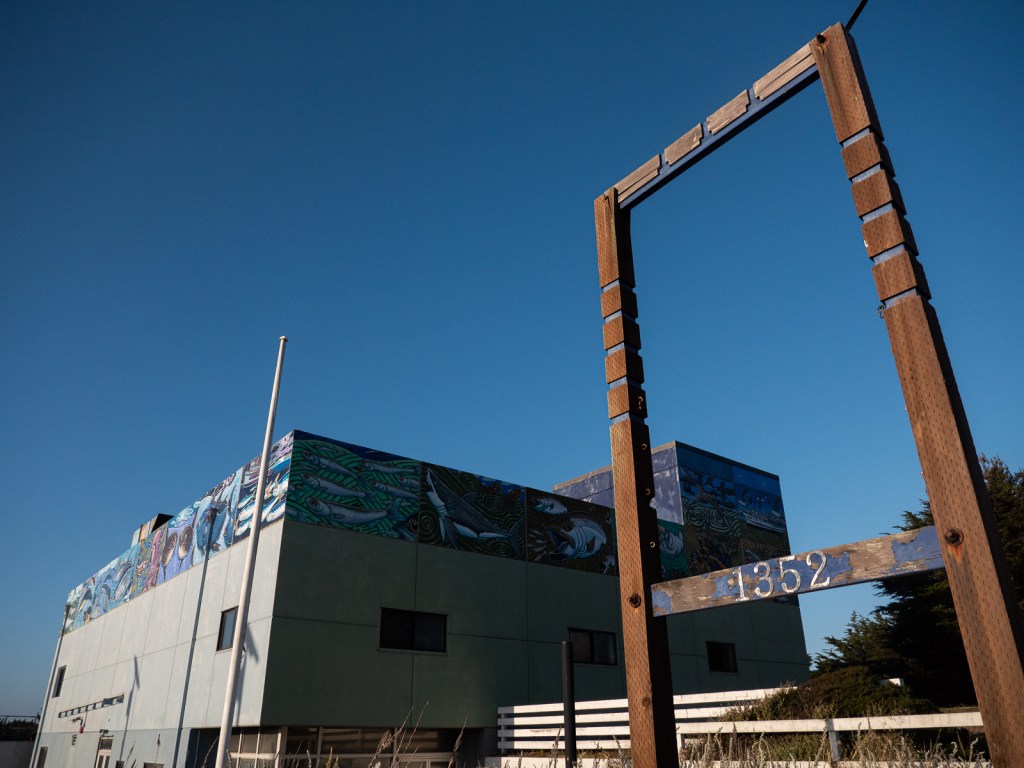 PACIFIC GROVE — Although transferred to new owners in June, the National Oceanic and Atmospheric Administration’s former Southwest Fisheries Science Center in Pacific Grove has yet to decide its future, with advocates for its sale s always striving to protect the property from potential development.

The last defense strategy? Place the facility on the list of historically significant structures in Pacific Grove.

On Wednesday afternoon, the city’s Historic Resources Committee will review whether the property at 1352 Lighthouse Ave. is eligible for historical determination. For those who still hope that the site will be preserved rather than repurposed under new ownership, placing the building on the Pacific Grove Historic Resource Inventory would be another incentive to prioritize conservation.

“To list (the building) in the historic inventory is really our best approach,” said Ken Parker, a member of a grassroots group called the Center for Ocean Art, Science and Technology, or COAST, which led the charge for protect the old NOAA facility for over a year.

Parker, a Carmel-based photographer and oceanographer, explained that “maintaining historic integrity will prevent the building from further development, degradation, destruction, alteration or redesign by the owner.”

Despite city resolutions, protests from elected officials, vocal support from Monterey County stakeholders, and countless pleas from community members, the long-revered building in Pacific Grove was sold at public auction for a maximum bid of $4.8 million in April. Months later, in a letter sent to the Monterey Herald, the General Services Administration confirmed that the property had closed on June 6 and that its title had passed to the new owners, Yuncheng Huang and Tianzhi Chu. The GSA is the federal agency responsible for managing government buildings. He saw the sale of the remaining science center through to completion.

Huang and Chu are a mother-son duo from the East Coast. In an interview with The Herald in June, Chu said her mother saw the former NOAA property listed on the GSA website, which went up for sale in January, and “bought it to live. “. At the time, Chu assured them that her mother was not interested in commercializing the building, adding that “it’s really up to my mother what she wants to do with it.”

But COAST does not collapse without a fight. In the months following the sale of the building, the group had issued threats of litigation to advance its conservation plans, but these have since become moot, according to Parker. COAST’s best bet now, he continued, is to codify its importance.

The building was first constructed as a Naval Reserve in 1952. Later the property was reassigned to NOAA’s Southwest Fisheries Science Center to study the marine life of Monterey Bay before it was in much of it evacuated in 2014. Perhaps the building’s most defining quality, however, is its exterior, which houses a nearly 400-foot-long mural depicting marine life. Commissioned by NOAA, the mural was painted by Alaskan artist Ray Troll. Painted scenes range from marine animals found in local waters to the Western Flyer boat chartered by author John Steinbeck and marine biologist Ed Ricketts. Proponents of the property’s historical significance have also argued that the property’s location – located in a part of Pacific Grove deemed archaeologically sensitive – is another reason for placing it on the city’s historic resource inventory. .

The inventory includes over 1,350 structures found in Pacific Grove. Some names now on the list are Point Pinos Lighthouse, Asilomar Conference Grounds, and Chautauqua Hall. How resources are assessed, placed, or removed from inventory is governed by a Historic Preservation Ordinance in the Pacific Grove Municipal Code. The town’s seven-member Historic Resources Committee also plays a role in the assessment and preservation of structures.

To help regulate the assessment of potential resources, there is a set of city-approved guidelines for historic assessments. Assessment comes into play when a project has the potential to affect a building, site, object or structure of possible historic value.

The process of distinction begins with a simple prerequisite: the property under consideration must be at least 50 years old but of undetermined historic status (the NOAA building in Pacific Grove is 70 years old). If, through an initial screening by the Historic Resources Committee, the property is identified as having a potential place on the Historic Resources Inventory, the applicant is then required to prepare what is known as a “Phase 1 Assessment” .

Conducted by a hired historic consultant, the assessment determines whether a resource is historic using criteria from the National Park Service’s National Register of Historic Places, the California Register of Historic Resources, and the Pacific Grove Historic Preservation Ordinance. A hopeful resource can receive one of three ratings: insignificant, significant without integrity, or significant. If a property passes the initial judgment, it moves on to phase two – essentially a more detailed appraisal.

Jean Anton, vice chairman of the historic resources committee, said Wednesday’s meeting will decide whether the former NOAA facility is a qualified candidate for the inventory. If the committee initiates the addition process, evaluation by a hired consultant will begin. But this is where the procedure gets a bit tricky.

Anton said that a typical structure for inventory review is offered by the building owner. It is then the owner who hires a historical consultant to carry out the required appraisals. In the case of the property at 1352 Lighthouse Ave., however, it was COAST that fought to put the item on the agenda of the Historic Resources Committee earlier this summer. If the committee finds the property eligible but its owners, Huang and Chu, choose not to hire a historian for further review, the responsibility for finding a consultant will fall to the city, Anton said.

City staff informed the owners that their new Pacific Grove property will be discussed at Wednesday’s meeting. Anton said the city is still waiting for a response. The owners did not respond to multiple requests for comment from the Herald on Tuesday afternoon.

Anton said the owners’ attendance at Wednesday’s meeting will determine the city’s next steps. If they don’t attend the meeting, she said the process could move forward under the city’s leadership. Barring unforeseen delays from the owners, Anton added that it would only take a month or two to go through a historic appraisal.

As for what listing on the inventory would ultimately mean for the former NOAA facility, Anton said “it would just be another layer of protection,” noting that the building is already pretty well protected as is. .

Even so, Anton said she and the committee had received many written requests calling for the site to be included in the historical inventory. Monterey Museum of Art executive director Corey Madden, for example, wrote to the Historic Resources Committee on Monday expressing her approval of the idea.

“The Monterey Museum of Art strongly advocates that the former NOAA building be added to Pacific Grove’s inventory of historic resources to help provide the building, including its Ray Troll murals, with adequate protection from destruction. or the sudden development,” she wrote.

Another letter came from former Congressman Sam Farr of Carmel, who wrote that “the historic relationship to the long and significant history of the military on the Monterey Peninsula alone makes this facility unique and worthy of designation”.

“The HRC now has the chance to step in and help preserve this important piece of history along our coast,” his post later implored.

This week’s Historic Resources Committee meeting begins Wednesday at 3 p.m. The meeting can be viewed in person at the Pacific Grove Council Chamber, located at 300 Forest Ave., or accessible online at https://us02web.zoom.us/j/83174266247.