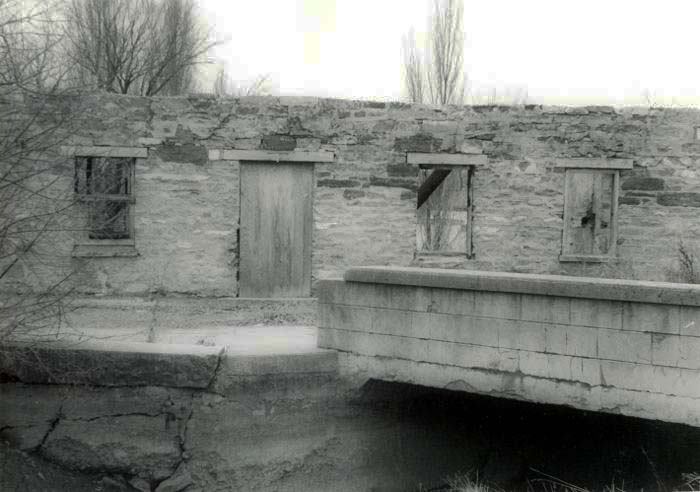 The historic ruins of Thatcher’s Mill are set to be demolished following a ruling by the Historic Preservation Committee on Monday.

LOGAN — In the high-stakes game of downtown redevelopment, the cards continue to fall in favor of Logan Mayor Holly Daines.

On Monday, members of the Historic Preservation Committee (HPC) voted unanimously to approve the demolition of the historic ruins of Thatcher Mill to make way for the expansion of a residential complex already under construction at 100 South and 100 West Streets .

The proposed second phase of the Millcreek project is an additional five-storey, 72-unit residential development. As Paul Willie of Mountain States Property Management explained at an HPC meeting in September 2020, this residential complex expansion would take up most of the vacant south side of 100 South St., including what remains of the older Cache Valley commercial mill.

All that remains of the mill today is an el-shaped part of its foundation that is crumbling and covered in crude graffiti, according to Willie.

After attempts to come up with a way to preserve the ruin by incorporating them into the Phase 2 design were rejected by the HPC in November 2020, Willie said on Monday that company engineers and city officials had concluded that none of the newer ideas were “functional, feasible, or economically sound.

Daines agreed with this view, suggesting that the cost of these preservation efforts could exceed $500,000 and that the city has better uses for its redevelopment funds.

Instead, Mountain States Property Management now plans to commemorate the history of the Thatcher Mill and Elevator Company with an interpretive plaza to be built along 100 South St near the former site of the mill ruins.

Phase 2 of the residential complex is planned to offer a mix of 72 studio, one-bedroom and two-bedroom apartments. Exterior design features will include historic windows, lintels, balconies and friezes.

During the public comment portion of the HPC meeting, most concerns focused on issues arising from the proposed realignment of the canal and water use rights. While the town’s director of community development, Mike DeSimone, stressed that HPC’s jurisdiction does not extend to water rights issues, committee members approved demolition of the historic mill on the precondition that the canal companies approve the proposed changes to the waterway.

The Thatcher Mill was originally built in 1860 as a sawmill and was later converted into a gristmill. With the addition of a grain elevator by contractors Logan GW and Moses Thatcher in 1886, the Thatcher grist mill was the largest in Utah and Idaho. The mill continued to operate until the Great Depression in the 1930s and finally burned down in 1946.

The Millcreek residential development is the southern anchor of a revitalized downtown Daines envisioned stretching from 100 South to 400 North on the west side of Main Street.

Elements of this redevelopment effort are the Millcreek housing project to the south, the recently approved Town Square replacing the Emporium on the City’s Center Block, a new library at the corner of 300 North, and a potential development mixed-use commercial in this thoroughfare.

Another residential development is also underway on Main St. along 100 East Street.

Final plans for Phase 2 of the Millcreek residential complex threshold must be approved by the Planning Commission.