On Thursday, the Community Board 7 Preservation Committee voted 8 to 1, with one abstention, to uphold the historic status of the 132-year-old structure of West-Park Presbyterian Church that has fallen into disrepair. The church’s governing body recently submitted a hardship application, which, if approved, would give them the green light to sell their space to Alchemy Properties, a developer who plans to demolish the church to develop an apartment building. of 210 feet equipped with a 146-a black box theater and 10,000 square feet of ground floor space for a community center. A second vote was taken, with board members not on the committee voting 8-2 to retain historic status, with two abstentions.

The second round of this issue is scheduled to take place on June 7 at 6:30 p.m., when the recommendations of the committee members and non-committee council members will be put to a full vote by Community Council 7. Once complete, the city’s Landmarks Preservation Commission will consider all recommendations and make a final decision.

On Zoom, 195 community members were ready to go when the special Preservation Committee meeting began. Roger Leaf, Chairman of the West-Park Presbyterian Church Board of Directors, presented the church’s hardship application and plan for redevelopment. Leaf said his “congregation has invested every penny it has in the building and has had to go into debt so far in 2022”, stating that it can no longer subsidize operations or maintain the building. “We spent over a year considering every conceivable plan to save the building, but overwhelming condition issues made all other options impossible.” 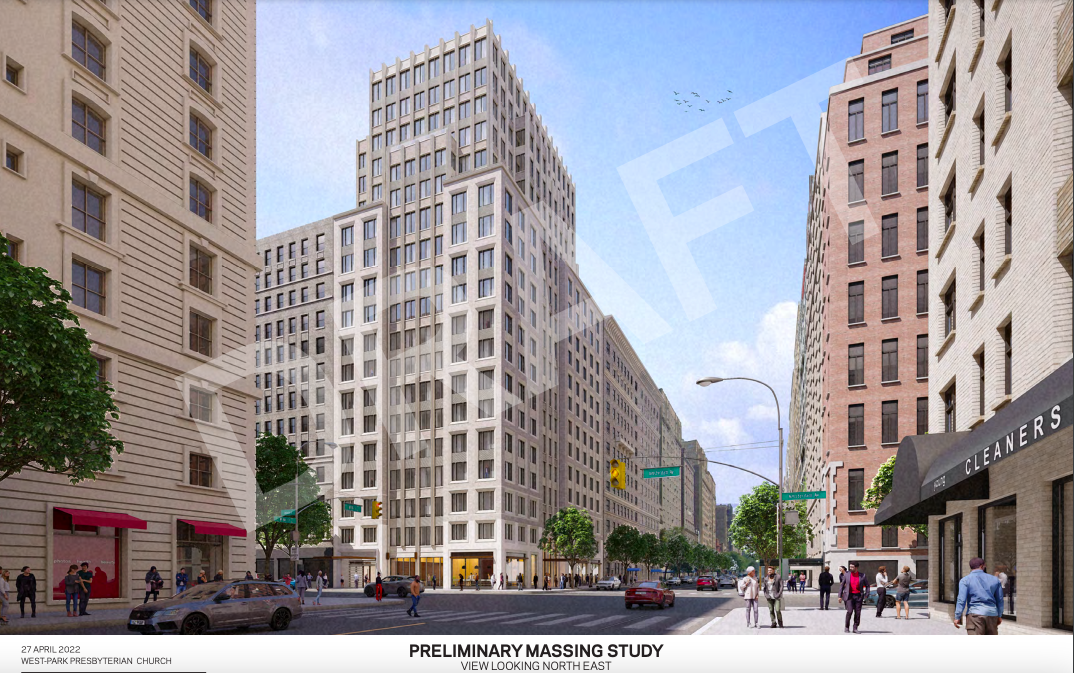 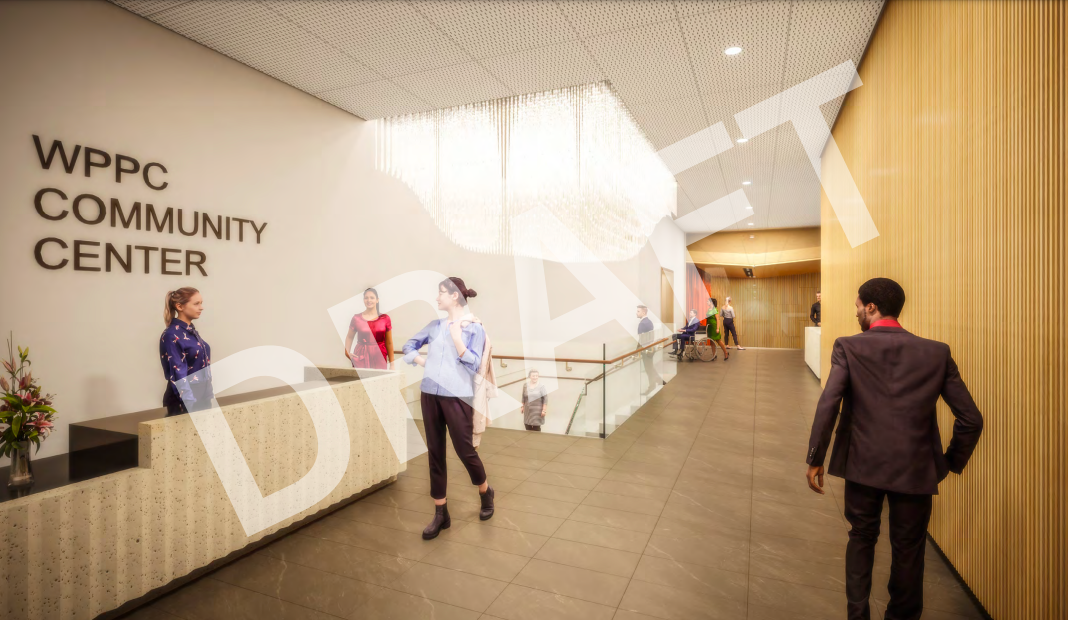 Valerie Campbell, a partner at law firm Kramer Levin Naftalis & Frankel LLP, then spoke on behalf of the church, pointing out that it is just outside the historic district on the northeast corner from 86th and Amsterdam, opposite the Belnord (which is also iconic). “One of the first things the church invested in when it was designated in 2010 was the ability to transfer its unused development rights,” Campbell said. “But there really aren’t any feasible sites near the church, as it’s surrounded by developed residential buildings.” Campbell went on to reiterate what Leaf pointed out earlier, that the sidewalk bridge around the church has been in place for over 20 years, before saying that it is “perhaps the sidewalk bridge the oldest in town.

Kenneth Horn, chairman and founder of Alchemy Properties – the development company aiming to tear down West-Park Presbyterian Church – said they had brought in a team of consultants to see if the building could be saved, but all reports said the building was “in an abysmal state”. condition.” Horn cited FacadeMD (Architects & Engineers), which reported that the building was “literally melting,” and Code Consultants Inc. pointed to “huge code violations,” making saving the church unreliable. viable.

A deep dive into the “existing conditions” of the church was delivered by FXCollaborative Senior Partner Dan Kaplan, who was retained by Alchemy Properties for the review. Kaplan detailed the key components needed for the repair, including the ornamental sandstone finial at the top of the chapel facade; it is badly cracked and chipped at the end of a roof ridge beam. Significant stone chips, cracks, mortar deterioration and deteriorated windows were also cited, along with unsafe facade conditions. 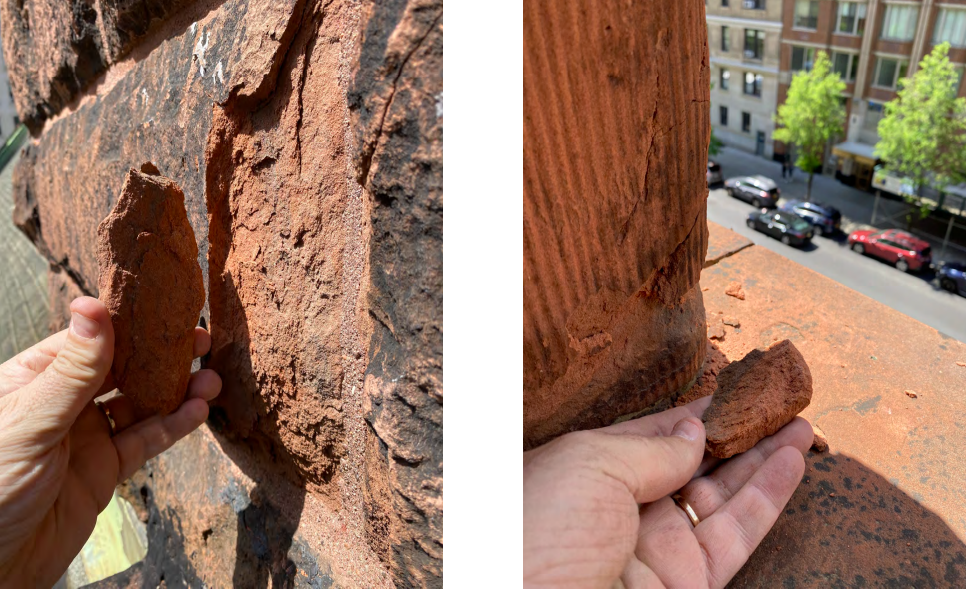 Several photos of the deteriorating red and brown sandstone were shown, including a loose wall on West 86th Street that lets rainwater and sediment into the building. The structure also has no automatic sprinkler system, and the automatic fire alarm system is outdated, lacking audible and visual notifications, Kaplan noted. The total figure he offered for restoration, rehabilitation and repair costs – including contingency fees – came to $49,824.153.

Industry expert Bob Jaeger spoke independently on the matter. According to the organization’s website. Jaeger said: “One of the interesting facts I can share with you is that if a congregation tells its story well and runs a community-focused fundraising campaign, up to two-thirds of the money it raises will come from outside their membership. Jaeger cited West-Park Presbyterian Church as a good example of this, as the church is currently used by non-member community programs and arts businesses like the Center at Park West.

Any community members who wished to speak on the issue had a two-minute window to do so. While the overwhelming majority were opposed to debranding, several others pointed to long-term issues that still don’t have a clear answer.

Austin Celestin, a UWS resident studying urban design and journalism at NYU, said he had never seen the church without scaffolding. “Before I was born, they were very upfront about the challenges they faced and the consequences of scarring the church,” Salston said. He pointed to council member Gale Brewer and said, “Gale Brewer has promised that we will participate and help provide resources to help the church sustain itself.” Salston felt that the promises had not been kept, “and yet we are acting as if all options are still on the table while no entity has been able to come close to the numbers.”

Marsha Flowers, a member of West-Park Presbyterian Church for more than 30 years – and a board member of the West Park Center – explained what the congregation has been doing to try to stay afloat. “We sold our minister’s home. We eliminated the post of minister and were led by lay people. Flowers went on to say, “Now we have the opportunity to unlock property value, to give ourselves a chance for new life and growth, not only for West-Park, but also for the Presbyterian Mission in New York. , which includes more than West-Park.

In the end, the case for removing the monument was not strong enough to win the necessary votes from the preservation committee. There was a consensus within the committee that all possible options had not yet been considered thoroughly enough to achieve historic status, leaving the door open for reconsideration.

It was agreed that more time was needed to assess the actual estimated cost of repairing the church, while exploring whether it would be better for the congregation space to be sold “as is” to an entity such as a non-profit organization that could be more successful in fundraising. — because the city cannot allocate funds to a church.

“That’s what the Presbyterian should do, because once a nonprofit owns it, I can allocate the money from the city. I can’t allocate city money to a church, that’s wrong,” said Brewer, who noted that the West Park Center had offered $2 million to buy the church, which has land perfect. “Maybe it’s not enough, but it hasn’t even been considered,” Brewer remarked, adding that she’s spoken to people in the area and that foundations “would readily allocate funds. .. to a nonprofit that had a cultural bent for the future.” of this church.

Sean Khorsandi of Landmark West noted in his testimony that in its report on the designation, the Landmarks Preservation Committee found, in part, that “West-Park Presbyterian Church was one of the most significant buildings of the Upper West Side” when she first received a landmark. status 12 years ago.

“Rewarding a property owner who engages in negligent demolition will set a precedent that will be used by other property owners and developers across the city to destroy the historic fabric of the city,” Khorsandi said.