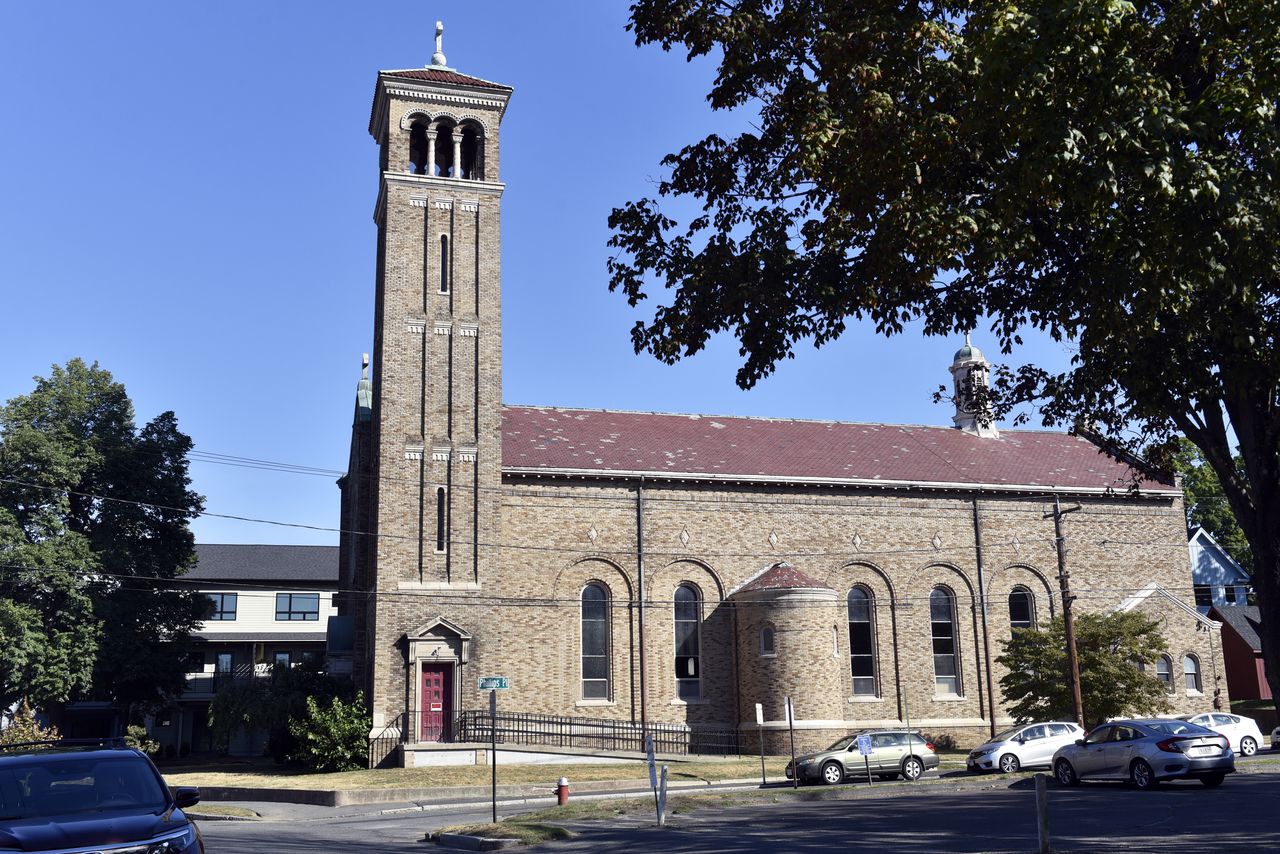 NORTHAMPTON — The city’s Community Preservation Act committee will take its turn this week examining plans to rehabilitate, rather than demolish, the former St. John Cantius Catholic Church at 10 Hawley St.

Owner O’Connell Development is seeking $500,000 under the Community Preservation Act to fund repairs to the church’s masonry wall and roof where tiles are cracked and missing and gutters and downspouts need to be replaced.

The work is part of a $4.6 million plan to use the church to build about ten residences.

Before the money is spent, the plan will have to be presented to the city council. Northampton distributes approximately $1.4 million in Community Preservation Act funds annually.

On August 8, the Municipal Historical Commission voted to support the renovation plans and accept responsibility for enforcing a preservation agreement on the property should O’Connell receive the money.

The Community Preservation Committee meets virtually at 7 p.m. Wednesday. A link to view the meeting via Zoom can be found on the city’s website.

The Roman Catholic Diocese of Springfield closed Hawley Street Church and Phillips Place as a place of worship during a wave of parish consolidations in 2010. The diocese was sold to O’Connell in 2020 for 1.6 million dollars as a result of repeated failed redevelopment efforts by other buyers.

At first, O’Connell said he intended to preserve the church building and put townhouses there. But in 2021, O’Connell said COVID made that plan unprofitable and filed a still pending application to demolish the church.

The community fought back, and O’Connell came up with this redevelopment plan in the spring.