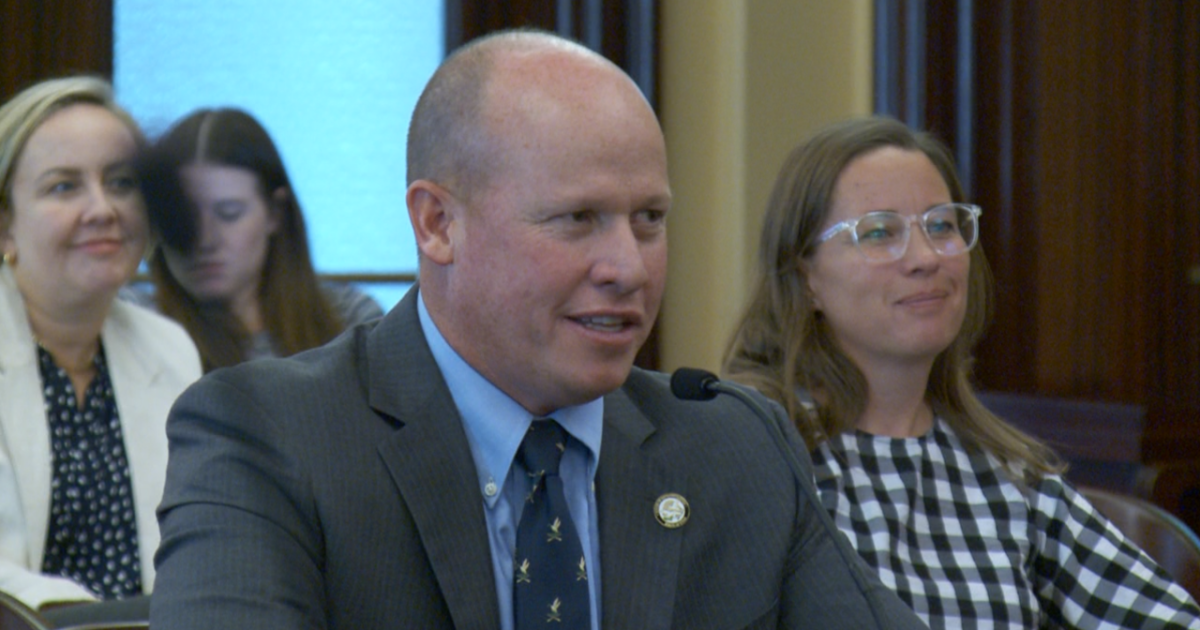 SALT LAKE CITY — Saving the Great Salt Lake will be his “top priority” in office, the new head of the Utah Department of Natural Resources said Friday during his Senate confirmation hearing.

“Right now, the Great Salt Lake is the number one priority,” said Joel Ferry. “We are at record highs and the impacts on our long-term condition are significant and severe if we don’t really make the effort to turn things around.”

In an interview with FOX 13 News after the hearing, Ferry said he would also like to see a new study done on the need for the Bear River development project. He acknowledged that the last time this was looked at was in the 1990s when the state had a lot more water than it has now and “we made assumptions in the 90s on the availability of water”.

“I’d like to see an updated study and a reexamination of what’s available, and then look at what our population projections are,” Ferry said. “Because the requirements were based on the gallons per capita per day of what we were using then.”

Environmentalists have opposed the Bear River project for years, arguing it would steal water that could go into the Great Salt Lake. The lake has reached a record low and presents a significant environmental and economic crisis for the state with reduced snowpack, toxic dust, and impacts on industry and wildlife around the lake.

“That’s precisely why I supported him today,” said Sen. Derek Kitchen, D-Salt Lake City, who offered to confirm Ferry as head of the DNR.

“I think Mr. Ferry is not only a great qualified candidate for the job, he understands the legislative process. He understands water policy in this community and I think he is absolutely right. he study that was commissioned and produced in 1992 no longer meets the needs of the state of Utah, so I think it’s high time we had a new study with fair questions that examines the reality of water forward and not backward.

Water was the main topic of the hearing for Ferry, a farmer and Corinne state legislator who was appointed by Gov. Spencer Cox to lead the agency that deals primarily with the state’s response. to the mega-drought and the spectacular shrinking of the Great Salt Lake.

“We have to start thinking outside the box on all of these issues,” Ferry said. “Things are different today than they were 40 or 50 years ago. So we have to be reactive to that.”

Ferry called for more conservation and acknowledged that Utahns may have to make more sacrifices as the state continues to grow. He said he wanted to see the agency increase its support for turf buyback programs and that Utahns may not be able to have as many non-functioning lawns in the future and have more tolerant landscapes. to drought.

“To look at agriculture and say that’s the limit, there’s not a lot of water,” Ferry said. “We need to conserve. We need to plant crops that are more suited to our environment.”

ferry said data showed Utahans are responding statewide and increasing the amount of water they conserve. It helped stretch the resources of the reservoir.

“We started with 15% less and yet we closed the gap with our message of conservation,” he said.

But what the future of conservation looks like may be different in every part of the state. He pointed Washington County communities pass strict landscaping and water use ordinances.

“Everywhere is unique. What happens in Washington County is different from what happens in Cache County,” he said. “Across the state, we are experiencing these drought conditions and we are in this together. As a society and as a people, we all need to do our part.”

On his own farm Ferry told the committee he had installed more than 100,000 feet of irrigation pipe to save water and go deeper into the Bear River wetlands and the Great Salt Lake.

The Utah Democratic Party has threatened to sue the state to keep Ferry in the House of Representatives while simultaneously serving as acting director of the DNR. They claim this violates the state constitution. Lieutenant Governor Deidre Henderson declined party demands to kick him out of the November ballot.

With his confirmation vote, Ferry said he would resign from the legislature.

“We are pleased that Joel Ferry has finally decided to resign from his post in the legislature after months of unconstitutional service in two branches of government. But now that it is even clearer that he has no intention of serving the residents of his district if re-elected, he should withdraw from the election immediately His presence on the ballot does a disservice to the people of District 1 by attempting to hand over the choice of a new representative between the hands of a small number of party supporters. If he continues to refuse to withdraw from the ballot, we will take legal action to have him removed,” the party said in a statement.

“I think it will be important to think outside the box,” said committee chairman Sen. Scott Sandall, R-Tremonton. “I know you will especially in our water, our water resources and how we are going to overcome this problem that we have.”

The full Senate will vote on his confirmation next month.

This article is published through the Great Salt Lake Collaborative, a solutions journalism initiative that brings together news, education and media organizations to help inform people about the plight of the Great Salt Lake and what that can be done to make a difference before it’s too late. Read all of our stories at greatsaltlakenews.org.