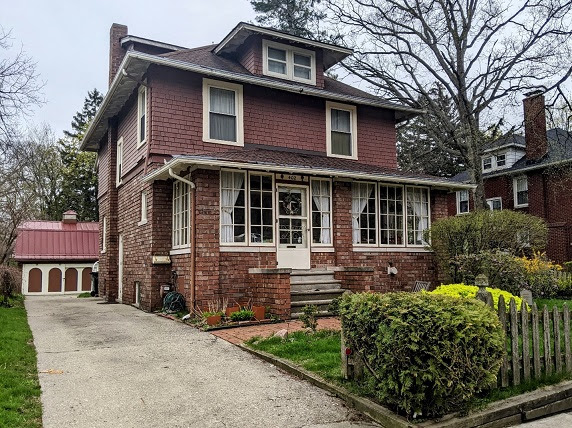 Royal Oak has been accepted into a state program that will help the city’s two main historic groups preserve buildings and homes through access to grants and technical assistance.

The Michigan State Historic Preservation Office (SHPO), part of the Michigan Economic Development Corporation, announced Wednesday that Royal Oak has been added to the Certified Local Government (CLG) Program after confirmation from the National Park Service, US Department of the Interior.

Tammis Donaldson, architect and president of Royal Oak’s Historic District Study Committee, heard about the GLC program and decided to join. About 37 other communities across the state already have access to the program.

“I really thought we needed to strengthen our historic preservation presence in Royal Oak,” Donaldson said. “It will give us a more direct line with the state for getting help, and we’re looking to test the waters on getting grants.”

She added that the program also provides expert technical support.

Members of the city’s Historic Review Committee recently considered a Historic District designation for the four small bridges along Vinsetta Boulevard that were built in the early 1900s.

A small, two-story triangular building is also under consideration on 11 Mile Road west of the railroad viaduct designed by famed architect Minoru Yamasaki, who designed the original World Trade Center in New York that was destroyed in the attacks September 11 terrorists.

There are more than a dozen historically designated venues in Royal Oak, from the Baldwin Theater and the Royal Oak Woman’s Club to the old Hermann’s Bakery on Main Street, as well as houses such as the McDowell House on Troy, the Orson Starr House and the former Royal Oak Savings Bank at the southwest corner of Main and Fourth Streets.

Donaldson said there are nearly 12 other places the historical study committee would like to see designated.

Historic designations help pass on important parts of the city’s past to future generations, she added.

“Often people are proud of their buildings and ask for designation,” Donaldson said. “It puts a red flag on it if anyone wants to tear it down in the future.”

“We hope GLC status will help support Royal Oak’s efforts to showcase its history, attract new residents and visitors, and generate pride in its unique sites,” they said in the statement.

Royal Oak was a village when the first plots of land attracted settlers in the 1820s. It incorporated as a town in 1921 and the town established the Historic District Review Committee in 1994.

Since then, HDSC has contributed to the historic designation of 14 residential and commercial properties.