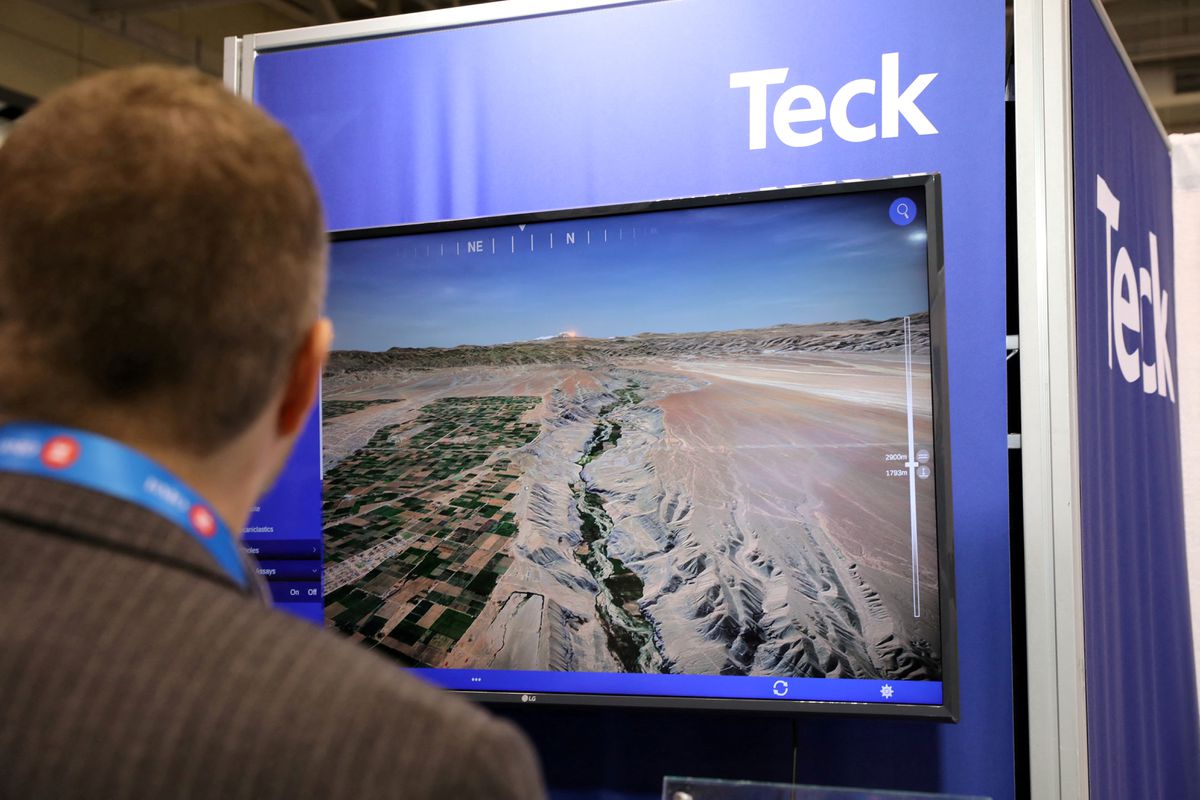 Teck Resources donates thousands of hectares of land for conservation

Teck Resources Ltd. TECK-AT is donating 14,000 hectares of land in Canada and Chile for conservation as part of a plan to preserve or rehabilitate three times as much area as it disturbs by 2030.

Teck, a Vancouver-based copper, zinc and coal miner, said the effort includes donating plots of land in eastern British Columbia to the Nature Conservancy of Canada (NCC). It also partners with the indigenous Ollagüe Quechua community of Chile to protect wetlands near the company’s operations in Quebrada Blanca, near the Bolivian border. Donations will match 40% of the company’s mining footprint.

In addition to land grants, Teck will contribute $22.6 million to conservation efforts, including the creation of an Indigenous Stewardship Fund to help communities build capacity to help protect ecosystems in these areas.

The company’s stated goal is to become “nature positive” in all areas of its business within seven and a half years. To do this, it will have to stop, and then reverse, the loss of ecosystems in these places.

Nature positivity is a relatively new concept advanced by several environmental organizations. There is no consensus definition yet, but in its simplest form it means going beyond the basic need to minimize environmental damage by pursuing policies that actually improve ecosystems. The United Nations Convention on Biodiversity has called on governments and businesses to conserve biodiversity, store carbon and purify water as part of nature-positive efforts.

“The loss of nature is obviously a serious global challenge. Its magnitude is likely similar to that of climate change,” Teck CEO Don Lindsay said in an interview. “We are a resource company. We are aware that our operations have an environmental footprint, and so as a resource company we want to do more than just mitigate our own impact.

According to the conservation organization Business For Nature, more than half of the world’s GDP – US$44 trillion in economic value – is at moderate to severe risk due to the loss of nature.

When asked if the land to be donated is of little value to Teck compared to the land it operates, Mr Lindsay dismissed the idea. The NCC will determine the value of what will be retained through the program, he said. “You want to make sure it’s not just the brush that doesn’t have a lot of value in terms of biodiversity. I think the things that we choose – that we work on with CNC – are things that they appreciate.

The grounds cover an area the size of 20,000 football pitches, the company said in a statement. Teck’s financial donations include $2 million to the NCC for the purchase and management of the 8,000 hectares of the Next Creek watershed in the Darkwoods Conservation Area of ​​the East Kootenay Mountains in British Columbia. The company is giving away 162 hectares in the Wycliffe Wildlife Corridor near Kimberley, British Columbia, along with $600,000 for land management there. The Chilean donation includes 5,800 hectares in the Salar de Alconcha.

The company will spend $10 million to create the Indigenous Stewardship Fund and donate $12 million to the NCC to support other conservation efforts in British Columbia.

Catherine Grenier, CEO of CNC, called Teck’s contribution transformational. She said most of the $12 million will go to the organization’s Collaboration Conservation Impact Fund in British Columbia. This program focuses on large-scale projects that are only possible with the participation of governments, Indigenous groups and industry.

“What we really hope is that with a commitment like this, it will also inspire others to join the movement and really take conservation into their own hands,” Ms. Grenier said. “When we think of the crises we face – with biodiversity loss, ecosystem collapse, climate change – nature conservation is such a powerful solution. The more players we can bring in to help us, the more significant impact we will have.

Mr Lindsay said he attended sessions on the positive nature movement with other business and environmental leaders at the World Economic Forum in Davos, Switzerland, last month, and that a large part of the discussion centered on the definition of the concept.

“There are a lot of really smart, passionate people working on it, and a lot of them have different views on what the definition should be. I thought we had to keep going,” he said.

The company said the initiative will help support its net zero carbon emissions plan, which it expanded earlier this year. Teck says it is pursuing carbon neutrality for its own operations and for the electricity it purchases by 2025. It has also announced an “ambition” to achieve net “Scope 3” emissions, or those resulting the use of its production by customers. , by 2050.

Mr Lindsay said it is difficult to quantify the impact on reducing carbon emissions from protecting donated land, compared to the company’s emissions from its metallurgical coal and sands mining operations. bituminous.

Conservation efforts add to Teck acquired in 2013 7,000 hectares in the Elk and Flathead river valleys in British Columbia, where it signed a joint management agreement with the Ktunaxa Nation. This agreement is designed to protect the social, cultural and ecological significance of the area.

Your time is precious. Receive the Top Business Headlines newsletter in your inbox morning or evening. register today.