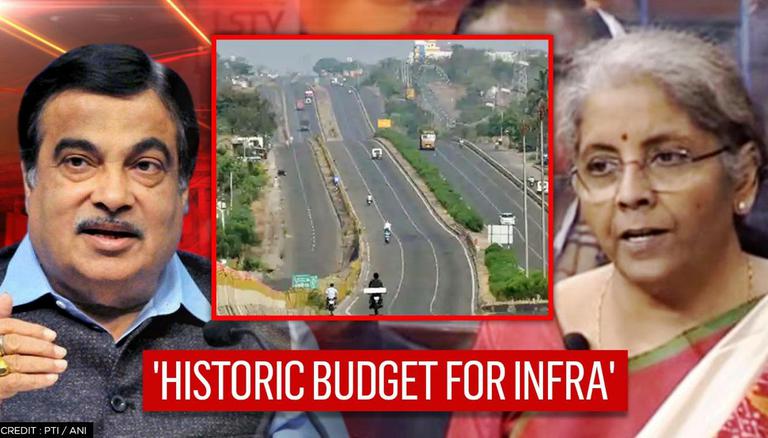 The Union Minister in charge of roads, transport and highways, Nitin Gadkari, praised the â€œhistoricâ€ 2021 Union budget and stressed that it was the first budget to give a major boost to infrastructure from the country. Introducing the budget on Monday, FM Sitharaman announced an increased expenditure of Rs 1,18,101 crore for the Ministry of Roads, Transport and Highways, of which Rs 1.08 lakh crore is for capital, the highest ever provided. Union Minister Nitin Gadkari noted that his ministry’s budget had increased from Rs 91,000 crore to Rs 1,18,000 crore after the 2021 Union budget and predicted that it would be a huge boost for infrastructure.

Echoing the government’s efforts to spend more on capital spending, despite the scarcity of resources#AatmanirbharBharatKaBudget

In addition, Nitin Gadkari pointed out that the government intends to monetize the assets and use the money for infrastructure development through various means. He also announced the plan of the Ministry of Roads, Transport and Highways to build 22 green highways. In addition, Gadkari informed that the construction of highways up to 8,500 km has already been awarded and revealed that the various projects, including the important Mumbai-Kanyakumari corridor, will be launched by the government in the coming days.

READ | Union budget 2021: history and anecdotes about the Indian Union budget ahead of its presentation today

Major boost for infrastructure in roads, highways and transport

Finance Minister Nirmala Sitharaman noted that more than 13,000 km of roads at a cost of Rs 3.3 lakh crore had already been allocated under the Bharatmala project of Rs 5.35 lakh crore, of which 3,800 km were built. In addition, she said that 11,000 km of national road corridor should be completed by March 2022 and that projects of 8,500 km will be awarded. Nirmala Sitharaman also announced the government’s intentions to set up more economic corridors in the future, alluding to 3,500 km of national road works for an investment of Rs 1.03 crores lakh.

READ | Budget 2021: Privatization of PSUs in all sectors except 4; Divestment target of 1.75 billion yen; IPO LIC