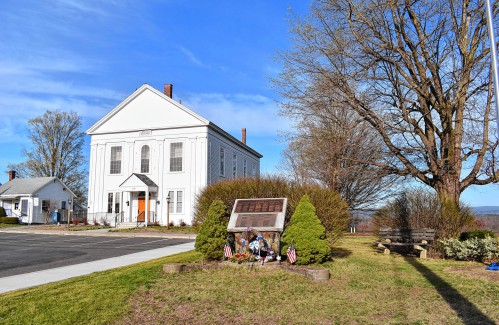 The remote meeting will begin at 5 p.m. via Zoom, accessible at bit.ly/3euHb5I.

According to a press release from the Community Preservation Committee, recommended projects include $ 75,000 for a library accessibility project that would involve installing an elevator and creating accessible washrooms, among other improvements; and $ 21,000 for a veterans memorial park project that would include rehabilitating the existing park with new plantings, a low stone wall, granite benches and additional stones to commemorate veterans of other wars.

Whately received 100% matching from the state for its Community Preservation Act tax collections for fiscal 2020, bringing the total the city received from the state to $ 825,000, the statement said. The committee expects approximately $ 180,000 in national and local revenue for the current fiscal year.

The release says at least 10 percent of annual Community Preservation Act revenues must be spent or set aside for historic preservation, 10 percent for open spaces and 10 percent for community housing. The funds can also be spent on certain recreation projects.

Historic preservation is an investment in the community