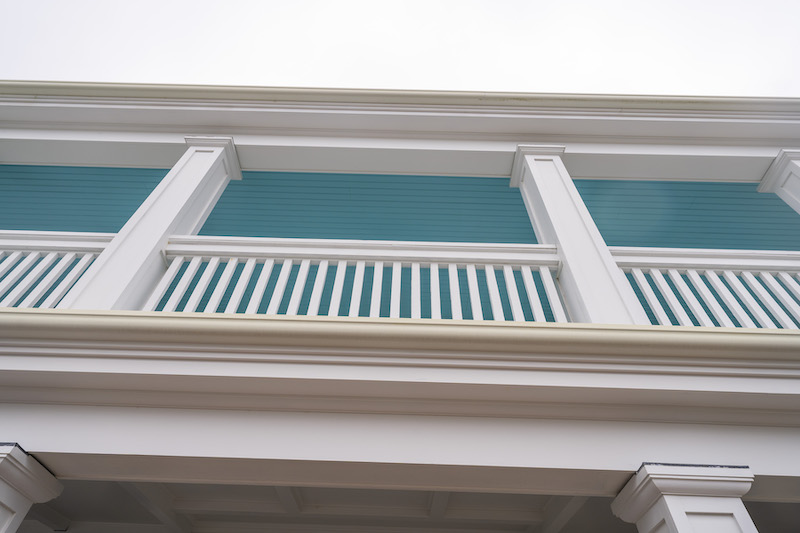 The Martha’s Vineyard Commission has adopted a new demolition policy for historic buildings as it rethinks its role in preserving the diverse architecture that characterizes the island’s history.

“The policy of the commission is that historic buildings in Martha’s Vineyard should be preserved to the fullest extent possible and that demolition should only be considered as an extreme last resort,” the policy reads in part.

Adopted last Thursday evening, the new policy is the work of an eight-member subcommittee and has been under discussion for months. Over the past year, the VMC has seen a flood of demolition requests, reviewing six requests in the past six months with varying results. A hearing is scheduled for next month on another demolition application at 7 Arlington Avenue in Oak Bluffs.

An inventory conducted by the Policy Subcommittee found that approximately 60% of historic buildings are outside of designated historic districts and not subject to review by city historic commissions.

A review by the Commission is required for buildings that are centuries old or listed in MACRIS, the national database of historic buildings.

“We operate on the principle that all buildings, regardless of their condition, can be rehabilitated,” said commissioner Michael Kim, who served on the subcommittee that developed the policy.

The policy asks applicants to consider five alternatives to demolition, which include preservation, rehabilitation, restoration, relocation or reconstruction of the existing structure. Demolition will only be considered once all alternatives have been exhausted. Ideally, several alternatives would be offered, said commissioner Fred Hancock, who gave a presentation on the policy.

“In many cases, a solution would involve parts of all four solutions, maybe even all five. It doesn’t have to be a one-size-fits-all solution,” Hancock said.

“Our preference is for people not to tear down, but to try these alternatives,” Mr Hancock said.

The policy also gives the commission the ability to seek the advice of independent experts to peer review any part of a proposal.

“[It is] so that we are not relying solely on the plaintiff’s testimony regarding the physical condition of the structure,” Mr Hancock said.

A rating system will help commissioners assess the historical significance of the building. Factors to consider include the building’s age, condition, historical designation, and association with significant people or events. A higher score means the building is historically significant, but the scores will not be counted as part of the commission’s decision, Mr Hancock said. Instead, they are meant to be a tool to help guide thinking.

“It’s not a hard and fast rule, but I think it’s useful to have an idea of ​​where a project sits on that kind of continuum,” Hancock said.

“It’s not demolition. It is preservation that the commission cares about,” said Commissioner Christina Brown.

In other cases on Thursday, commissioners closed a public hearing on a proposal by Main Street Medicinals to convert a former auto repair shop into a marijuana dispensary on Mechanic’s Street in Vineyard Haven. As in the first public hearing, traffic continued to be a topic of discussion.

The commission also continued at another session a public hearing on the proposed redevelopment and expansion of the former Edu Comp building in Vineyard Haven. Developer Xerxes Agassi wants to convert the distinctive red-brick building at the start of Main Street into residential condominiums and commercial space. Revisions discussed last week included landscaping, parking and lease plans for apartment rentals at Vineyard Wind and Martha’s Vineyard Hospital.

In his report to commissioners at the start of the meeting, executive director Adam Turner praised climate change planner Liz Durkee for her work leading the week of climate action activities around the island.

He also said there are currently 30 active applications for Regional Impact Developments (RIDs) in various stages of review.

Find out where the money is going for Biden’s landmark infrastructure plan, 6 months after it was passed