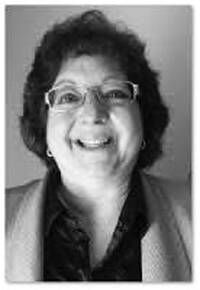 Pennsylvania’s diverse geography is home to thousands of different species of plants, animals, and insects on land and in our waters. Unfortunately, not all of these organisms are beneficial.

Some are non-native invasive species that threaten the natural resources, economy, health and well-being of Pennsylvanians.

Invasive species are often introduced and spread unintentionally through trade and consumer choices that seemed harmless a generation ago. They are also spread through other daily activities, such as hiding in firewood and attaching themselves to machinery, boats, cars, trucks and trains.

Once established, invasive species have the potential to change Pennsylvania forever. These invaders threaten our native plants and wildlife with extinction, displacing them for resources and habitat. Invasive species can cause costly damage to crops and agricultural infrastructure. Some directly affect our health by carrying diseases, such as West Nile virus.

County Conservation District staff work with many entities in rural, suburban, and urban areas of Pennsylvania, applying best practices in agricultural management, stormwater management, and construction-related erosion control. We see the detrimental effects that invasive species can have.

For example, shoreline buffer plantings can fail if invasive plants, such as Japanese knotweed, take over the shoreline, causing tons of sediment to enter our waters and harm aquatic life. Giant hogweed and goat’s rue are two other examples of noxious weeds that are considered harmful to public health, crops, livestock, farmland and other properties.

The value of Pennsylvania’s natural and economic resources and the need to protect the health of Pennsylvanians demands a comprehensive response to the threats posed by invasive species.

The Pennsylvania Invasive Species Council is developing a statewide program called Pennsylvania Regional Invasive Species Management, or PRISM. The PRISM program would be locally based, comprised of experts and stakeholders concerned with invasive species, such as conservation districts, industry associations, government offices, environmental and outdoor recreation organizations, and others.

PRISM would not only manage existing invasive species, but, equally important, monitor new invaders, so that they can be eradicated or controlled before they become a major economic and environmental problem.

National Invasive Species Awareness Week runs from February 28 to March 4. Learn more about PRISM and join the Pennsylvania Association of Conservation Districts, Inc. in supporting the PRISM concept of invasive species management in the Commonwealth.

Community participation is essential for the conservation of wildlife, natural resources