Tien Giang (VNA) – The Mekong Delta province of Tien Giang does everything to protect aquatic resources in association with the fight against illegal, unreported and unregulated fishing (IUU).

Tien Giang, located downstream of the Tien River, has a coastline of 21 km, adjacent to large estuaries. The traditional fishing industry has developed strongly, creating jobs for more than 10,000 inhabitants and reaching an annual production of between 120,000 and 130,000 tonnes of seafood of all kinds.

The fight against IUU fishing in the locality has progressed. He considered this to be one of the key tasks to help the fishing industry achieve sustainable development and integration.

Tien Giang has stepped up this fight by setting up a steering committee for IUU fishing, stepping up dissemination to raise awareness among fishermen, installing and operating surveillance equipment for deep-sea fishing vessels, and closely inspecting and monitoring the fishing vessel. respect for the law by fishermen.

In 2021, the Provincial Department of Agriculture and Rural Development and the sectors and localities concerned organized 36 communication campaigns, attracting the participation of thousands of fishermen and shipowners and providing them with 1,080 documents to popularize the guidelines, policies, directives and regulations on combating IUU fishing. fishing in the province.

To date, all fishing vessels in the province are equipped with monitoring devices. 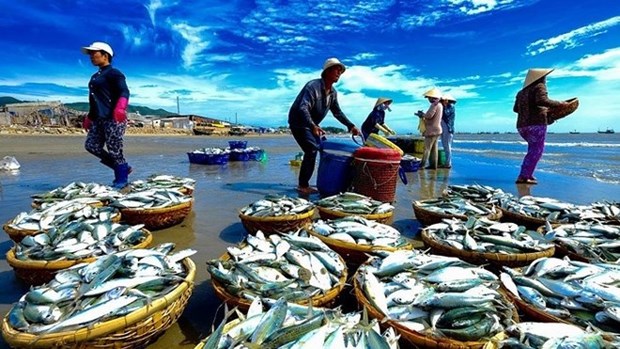 In 2021, the Provincial People’s Committee also issued a decision on administrative violations. As a result, a fine of 1.8 billion dong is imposed on a private company with two ships seized for violating foreign waters.

Thanks to these drastic measures, the fight against IUU fishing in the province has brought positive changes. The number of fishing vessels in the province that are seized by foreign countries has dropped significantly, from 12 in 2017 to just one in 2021.