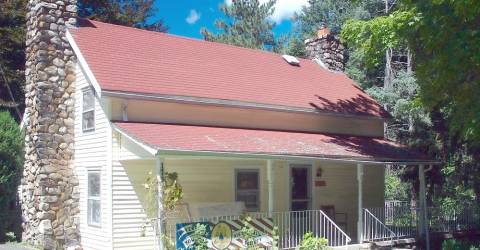 On Jan. 25, the Vernon City Council voted unanimously to abolish the township’s Historic Preservation Committee after its chairwoman, Jessica Paladini, refused to step down last year.

The council began calling for Paladini’s resignation on September 28, following her public comments at the September 14 city council meeting in which she threatened “legal consequences” to all council members if they “lie , slander, harass or publicly defame me and my reputation”.

Paladini was also accused of harassing other volunteers in the township. She refused to resign and compared the abolition of the commission to racketeering. She demanded due process and for her accusers to come forward, calling her treatment “executive work”.

“The action you took tonight will be your legacy of disgrace,” Paladini said.

Mayor Howard Burrell said the action showed he and council have come together to change negative conditions in city government.

“We have demonstrated to those who rely on us that we have the political will, the courage and the leadership to implement a principle that we all agree on,” Burrell said.

Burrell said he was open to creating a commission or committee where annual appointments are made by either the mayor or council or both.

“Over the next month, let’s give these willing volunteers the opportunity to serve our city in a commission or committee free from the negative civic influence they said they naturally wanted to avoid,” said Burrell said. “Let us now leave this civically unsound episode behind us.”

“Let us now leave this civically unsound episode behind us.” Mayor Howard Burrell