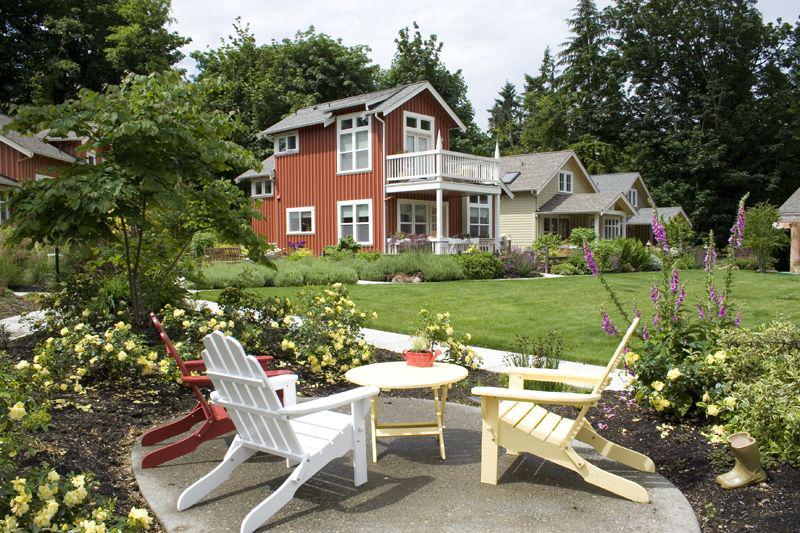 WESTPORT – When a smaller, older home in town is sold to a developer, it’s often torn down to make way for a larger home.

“It happens all the time,” said Danielle Dobin, chair of the Planning and Zoning Commission. “A lot of the homes that are being demolished are historic homes.”

“If we preserve everything in amber, nothing is changed – then Westport becomes a museum,” Dobin said, adding that she also didn’t want to see Westport develop as a city and lose the suburban characteristics that people appreciate.

As an ancient New England town, Dobin said Westport’s infrastructure limitations, such as its narrow streets, must also be considered during development.

Dobin said both aspects are important and the commission is currently working in that gray space between the two.

Several ideas on how to encourage preservation are included in the Affordable Housing Plan Project, including the creation cluster cottage communities where historic homes are preserved, repurposing historic homes for adaptive use, providing economic incentives to preserve historic buildings, and creating a housing fund to help cover costs.

Westport has a mix of housing styles, including 1920s bungalows, 1930s homes, Victorians, and even Colonials from when Connecticut was still a colony. Newer homes are often of the style in vogue at the time, which is now a modern farmhouse, but was previously a clapboard Hamptons style home.

“We lose something when all these little houses are redeveloped into these larger, much more expensive houses,” Dobin said.

The biggest challenge is that developers can often get more money to tear down smaller, older homes and replace them with larger, more expensive homes or apartment projects, Dobin said.

“If we want to encourage preservation, we have to provide an economic incentive,” she said, adding that there has to be a financial benefit for the developer to want to invest in preserving a site.

She said someone probably wouldn’t invest $1 million in restoring a home, only to then restrict it, limiting who it can be sold to and for how much.

Buying requests are also different, Dubin said. People may be looking for certain things — like high ceilings, lots of closet space, or bathrooms with every bedroom — that aren’t typically found in historic homes.

Landlords can already add secondary suites on any property in the city. The commission and the housing plan now suggest an elevated approach by allowing greater density in residential neighborhoods that would allow developers to create pocket neighborhoods with shared common space, such as a garden, when an older home is preserved. The idea is to have these little cabins that look historic and blend in more with the aesthetic of that area, but at least have some of those units restrained and affordable.

The plan also calls for leveraging new technologies to integrate these prefab cottages into housing projects on city-owned land so that it is more affordable to make these affordable pocket neighborhoods.

Dobin hopes these chalets could be an option for the town center where various proposals to the General Assembly encourage the construction of affordable housing.

The units and probably the restored house would be rented out.

“Most of the demand for affordable housing is for people looking to rent rather than buy,” Dobin said.

The regulations themselves have evolved to accommodate the diversity of historical housing needs. Last week, the commission mentioned considering a text amendment inspired by an individual project that could be used across the city to help preserve historic homes and add affordable housing.

“The commission has also passed various regulations allowing for the ‘adaptive reuse’ of existing buildings to encourage their preservation and enable new use,” said Mary Young, director of planning and zoning.

This was seen recently with the redevelopment of Lees Mill, a former factory converted into condos on Richmondville Avenue. As part of the project, the developer is redeveloping a historic former single-family home on Riverside Avenue, now owned by the city, into a home that can accommodate up to five adults with special needs.

Young said the city encourages historic preservation in general with zoning bylaws and the Conservation and Development Plan.

Dobin said the commission has become much more flexible with these projects, such as with setbacks and height, as evidenced by the historic building adaptation proposals that precede it. A recent proposal, which has yet to be officially filed, is to convert a house built by Captain Frederick Sherwood in the 1800s into affordable housing.

The financing of these projects is also a key element. Dobin said there is no endless money to preserve these homes or to build affordable housing. The plan suggests creating a city-funded Affordable Housing Trust Fund by collecting fees from various deposits people make with the city, such as licenses or permits, that would be earmarked for affordable housing.

Dobin said New Canaan was successful with that and she expects him to do well at Westport too if he is adopted.

“I think it has a lot of promise,” she said.