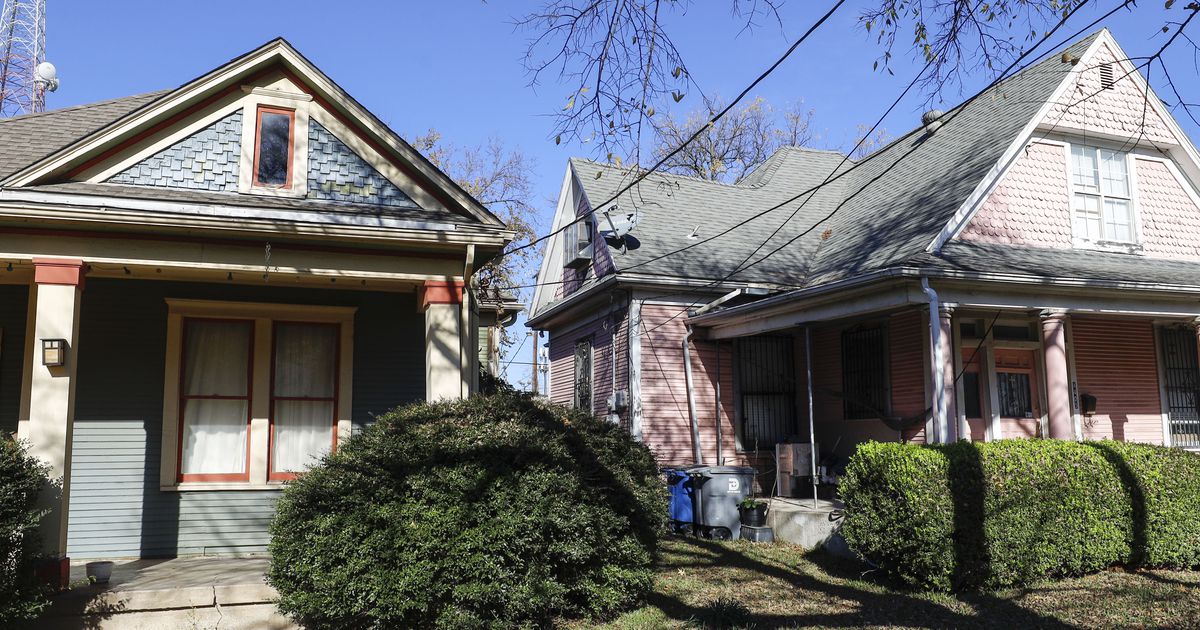 This calm but about to spill over fight at City Hall only seems absurd if you’re unfamiliar with the decades Conservatives have spent trying to overcome Dallas’ reluctance to ensure its past remains. part of his future.

Given our crumbling city’s longstanding commitment to development – even when that means taking a wrecking ball to its history – it doesn’t take much to scare away defenders of local monuments.

Only this time, they believe that the enemy is the boss of the office created two years ago specifically for the protection of historic preservation.

Yes, it’s so Dallas. And the stake is the future governance of its 21 historic districts and more than 130 individual monuments.

Murray Miller, who became director of the new Office of Historic Preservation just as COVID-19 hit, has an impressive resume of 35 years of experience in 11 cities in four countries.

His mandate in Dallas: to streamline procedures, update ordinances, and give the office time to also focus on city hall-wide goals such as economic development and affordable housing.

Miller may have good ideas, but his unwavering determination to change the way historic preservation works in Dallas has caused local defenders to lose their minds.

Advocates describe a new sheriff in town who – without listening to the people whose opinions should count – plays with the sacred third rail of Dallas community historic preservation practices.

They are particularly concerned about two big changes Miller is determined to make: empowering his staff, not local task forces, to make case-by-case decisions about what is allowed and to solidify the criteria that govern. individual historic districts.

Miller maintains he is baffled the defenders missed what he described to me as widespread awareness of his plans and the reasons behind them. Yet of the 17 speakers at the Landmark Commission meeting last month, 15 complained of low community engagement.

Wherever the truth lies in these competing narratives, growing mistrust has left stakeholders and residents of the Historic District – as well as the Landmark Commission – at daggers drawn with which guy should be their most important partner.

I’m not sure Miller fully understands the force of nature that is the Dallas Historic Preservation Community, a hypervigilant group well used to fighting at City Hall.

After speaking to people on both sides of this confrontation – and reviewing dozens of documents and archived meetings – I suspect this conflict is about to explode.

This separation has grown more tense every month since Miller, most recently the Fort Worth historic preservation officer, began his stay in Dallas. If the phones of city council members aren’t already on fire with complaints, it’s just around the corner.

Amid the current drama and myriad of priorities according to Miller, I worry about whether we have a relentless champion at Town Hall doing the right thing on behalf of historic properties. Running this office effectively requires bringing stakeholders and neighborhoods together while navigating 1500 Marilla St.

Miller assured me on Wednesday that there was no need for these worries.

â€œIn 35 years, I have never taken a position where I was not passionate about historic preservation and making sure that we only make the best recommendations for the community. And Dallas is no exception, â€he said.

He ticked off a list of meritorious work his office needs to do: updating historic resource records that are central to land use decisions, yet decades out of date. Invigorate decaying neighborhoods such as the historic Tenth Street and Wheatley Place neighborhoods in South Dallas.

Miller also reiterated that the preservation office must meet the overall planning, equity and development goals that City Manager TC Broadnax has mandated.

In addition to preservation work, Miller said, his job is to “demonstrate the role that historic preservation must play in virtually every aspect of city life,” including the comprehensive plan, the climate action plan, affordable housing options and economic development.

None of this can happen, Miller told me, unless the preservation office changes the way it does business. This means big adjustments to the unique, community-specific framework in which Dallas deals with historic preservation issues.

While most cities base their protection criteria solely on federal standards, Dallas does this and more. When each historic district formed, landowners, municipal staff, and preservation experts came together to create bespoke rules governing that district.

Owners of historic neighborhoods know that any exterior changes they wish to make must first go through a â€œcertificate of relevanceâ€ process.

Each neighborhood also has a designated task force that reviews these requests and makes recommendations to the Landmark Commission, which is responsible for protecting Dallas’ historic structures.

For more than a year, the same painful episode has been repeated as Miller tries to make his changes both to the power of working groups and to specific governance issues: he presents his strongest arguments to the Commission Landmark. The commissioners respond with alternative ideas. Miller tries again.

He told the city council’s economic development committee in May that 86% of his staff’s workday was spent managing certificates of adequacy, and the vast majority of that time was spent writing reports. and research for working groups.

Miller told me he wanted to “use the working groups and the Landmark Commission strategically – not exhaustively – and have both their time and their staff to get some of these most important things done. “.

On streamlining individual neighborhood criteria, he said consolidation would correct outdated elements and reduce redundancies and conflicts – while recognizing the distinctiveness of each neighborhood.

Local preservation architect Norm Alston’s assessment of Miller’s plans sums up what I’ve heard and read from dozens of lawyers: “These are just terrible ideas.”

Alston has acknowledged that political adjustments are needed, â€œbut we think he is axing the roots of this thing. And he never wavers, no matter how much feedback he receives.

Alston’s decades of work in the historic community include serving on the Landmark Commission and chairing the Peak’s Suburban Addition Historic District Task Force for 15 years.

He firmly believes that the current process respects the characteristics of individual communities and supports neighborhood self-determination. â€œThis is what makes us better than other cities.

Alston also explained how task forces are a valuable bridge between City Hall and residents, especially those intimidated by bureaucracy.

For example, someone comes up with a request for a fence that the task force knows does not meet district criteria. â€œWe’re showing them another reasonable alternative that works,â€ Alston said.

Alston was one of 17 speakers at the November 1 meeting of the Landmark Commission, the latest controversial showdown between Miller and his opponents in the preservation community.

They overwhelmingly favored the recommendations of the ad hoc committee of the Landmark Commission, which spent the first half of 2021 meeting the inhabitants before submitting its counter-ideas.

By the end of the meeting, it emerged that Miller could only count on the support of the commission chairperson, Katherine Haskel, who briefly raised equity concerns and said “that a program that we call it model program does not support all communities â€. Miller said pretty much the same thing.

The meeting ended with commissioners calling for more responses before voting on the contested proposals.

In my conversation with Miller, he was politely adamant that his office, like everyone else at Town Hall, needs to change and adapt. He also recognized that Dallas needed its preservation community and that his office needed their trust.

Earning that trust so late in the process is going to take a colossal effort as local defenders believe Miller has bulldozed their views from day one.

But I suggest he try. These preservation advocates were part of the construction of this system. They should be at the table for the renovation.